Artificial Intelligence (AI) is everywhere. AI is the new black. We have even done a Digital Brew episode about it.

I should, therefore, not really be very surprised to read about Digisexuality this week. But I am. I find it all very strange. Am I just old and completely untrendy, or am I normal?

Judge for yourself at metro.co.uk

I tend to spend most of my life as a tennis Dad (aka taxi driver) these days as son 1.0 is annoyingly good and competes across the country. Guess who gets to drive him there, and grow greyer with every shot…

This week, I caught up with one of his old friends and was incredibly impressed to see him choose to respect the Ramadan fast. That is a big shout at a tennis tournament – I reckon I could just about go without food during the day, but dehydration is a major issue over a day of intensive tennis. I am not a religious person but have huge respect for such a stance, as I know that he loves his tennis.

I was also interested to read about another form of Ramadan fasting. The concept of a digital detox is not a new one, but I haven’t seen it as part of Ramadan before and I think we should all spend more time focusing on what is really important in life.

If there is one thing that sums up the ‘internet economy’ for me, it is how bonkers some company valuations seem to be when they are losing money at ridiculous rates and there are real question marks about long term profitability.

I started my life as a chartered accountant and am very aware that profitability is not the be all and end all. As Theo Paphitis, of Dragon’s Den fame, once said, “a lack of profit is like a cancer, which will kill you slowly. Cashflow is the massive heart attack which will kill you outright”. If you have large cash reserves, thanks to your investors, you can definitely ride out a relatively long period of lack of profitability and I understand that investors are looking into the future rather than a current profit and loss account.

I do wonder, however, whether this week’s news of Uber’s $1bn losses is the start of another bubble burst. Whilst the losses were forecast, the share price has fallen since a disappointing float and the marked rise in short selling Uber is perhaps a sign of a less bonkers future?

4. The return of Harry Potter?

Big news for Harry Potter fans this week as JK Rowling announced the launch of not just one new Harry Potter book, but four of them!

I have to admit that I have a soft spot for Harry Potter and a Harry Potter themed blog post is still up there in one of my all time personal favourite blog posts.

Reading between the lines, however, it would appear that they are not actually going to be Harry Potter stories per se, but short stories about magic.

Interestingly, from a digital perspective, they are only going to be released as eBooks. Is this another nail in the traditional publishing coffin?

No doubt JK Rowling will be laughing all the way to the bank.

Although this is actually a few months old, I saw this on my social media travels this week and it is too good not to share: 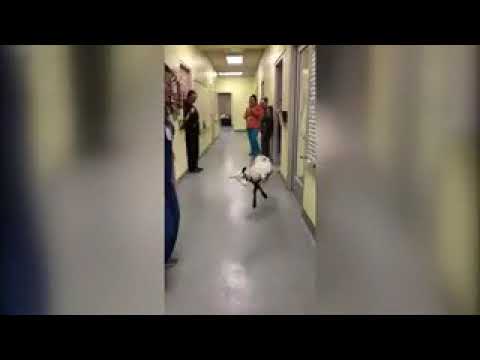