If you have ever spoken to anyone at Browser Media, you will know that we are obsessed with approaching SEO in an ethical manner.

We have always championed Google’s cause and supported the notion that ‘good’ SEO is all about creating excellent content / functionality and then sharing such excellence with the wider world.

Over the years, we have refused to take on projects where (potential) clients have demanded the purchasing of links or asked for quick fix / spammy approaches to SEO. This is not because we are goody two-shoes, but because I have seen enough evidence of success to be convinced that this is the best approach for long term success.

I also sleep easily at night in the knowledge that we do not expose our clients’ brands to any risk.

Not only do we advocate an ethical approach for all client work, we have never been tempted to try to boost our own rankings through dodgy linking strategies and we have made real efforts to increase the output of content on our blog. I can say with a completely clear conscience that our own marketing, whilst usually under-resourced and low priority when compared to client work, has been 100% ethical in nature and strictly compliant to Google’s guidelines.

I have therefore been somewhat disappointed to see that we have been hit with a penalty from Google for ‘unnatural links’ following the dreaded message in Google Webmaster Tools on the 19th April:

This was naturally alarming to receive as there has been a lot of coverage of site owners receiving this message prior to a penalty in the form of SERP obscurity. That fear has now turned to reality as we have pretty much vanished from Google’s search results.

Whilst pages are still indexed, it is mighty hard to find us! Even brand searches are gone.

You may well ask why on earth I am sharing this with you – it is a potentially embarassing situation for an SEO agency to find themselves in, but I am always one for transparency and I think that there is a sub-plot that is of interest to site owners across the glorious world wide web.

I think that there are two possible causes for the message (and subsequent penalty):

Both these options are reasonably scary and fill me with dread – if either prove to be the catalyst for the penalty, then it doesn’t bode well for (ethical) SEO. Let me explain…

I personally believe that this is the most likely explanation (and is what I detailed in the reinclusion request that I filed earlier this week) as we attracted a lot of links in a short time and a lot of the links included the word ‘SEO’ in. If you look at the nature of the blog post, that is hardly surprising but I suspect that Google’s radars are more accute when it comes to anything to do with SEO. Coupled with a vastly increased rate of link growth, it is understandable why red flags may have been raised.

If this does prove to be the case, it does not encourage us to make the effort to produce interesting content in the future for fear of future penalties. It strikes me as crazy that working hard to create good content can actually end up doing you more harm than good.

Perhaps more frustrating is the fact that several links were from very reputable sites, so should this not act as a sign to Google that the content was actually good content and worthy of links?

There is a growing sense of alarm about the potential effectiveness of negative SEO. In a nutshell, negative SEO is a very shady approach to search engine optimisation that focuses on taking out your competitors rather than trying to build something worthwhile yourself. You do this by spamming the h##l out of your competitor sites and doing every trick in the book to make it look as though they are gaming the system themselves.

Matt Cutts told us last year that this is not possible: 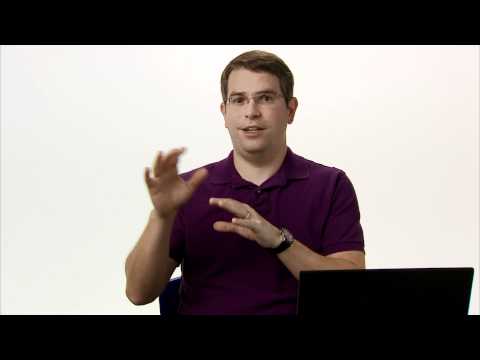 There have been some reasonably high profile examples in recent weeks which suggest that it most definitely is possible and these examples have confirmed my worst fears that Googlee’s aggressive stamping out of spam could lead to some collateral damage and that innocent parties could easily be hurt.

I don’t actually think that we have been targeted with such a tactic, but it is perfectly possible and we are looking into it. We have a lot of links from statowl.com and updowner.com (neither of which we asked for) but there is nothing obvious when looking at webmaster tools, where the ‘unnatural links’ messages arrive.

Whether or whether not we have been targeted with dodgy links, it seems only logical to me that Google should be more transparent when serving these notices. Rather than a vague ‘unnatural link activity’ message, why can’t they give more detail about the links and give the site owner the option to tell Google to ignore the links entirely? That would render the negative SEO approach inneffective and hopefully consign it to the history books.

At this very moment in time, I don’t have any conclusions as we remain in the dark as to why we received the alerts and subsequent penalty. I have filed a reinclusion request and will be happy to share any progress on that front.

I am concerned that a spike in links (which did definitely occur with the infographic) may prove to be the root of the problems, but it won’t stop us producing more content in the future. I can see how difficult it can be for Google to correctly identify spam, but hope that we will not be seeing more examples of good work being punished.

If we don’t get an answer soon, I will unleash some of the research I have done into the link profiles of some of the sites that rank well for SEO agency related phrases – it is not very encouraging reading and doesn’t support many of the messages coming out of Google…