This week’s My Five is by Victoria.

1.  Jeremy Clarkson Sacked from the BBC

Top Gear fans went into meltdown on social media this week after Jezza Clarkson was sacked from the BBC for punching a co-worker.

The official investigation stated that:

Top Gear is still set to continue without Clarkson, and there has been speculation about who will be brought into replace him. Chris Evans, Suzi Perry and Steve Coogan have been hotly tipped, but this the is one I’d like to see.

2. Richard the Third was a Rubbish King

He was. So rubbish in fact, that everyone uses his name as Cockney Rhyming Slang in reference to fecal matter.

About a year ago, I watched a Channel 4 documentary called ‘The King in the Car Park’, and when they excavated his remains, this woman called Phillipa Langley made a right hoo-hah about putting a flag over him, and she cried and alsorts. I’m still not sure why. And then, right at the end of the show, forensic historians worked out what his face would have looked like, and recreated it. I thought it was rubbish. It reminded me of that bit in ‘Hello’ by Lionel Richie where the blind lady makes Lionel’s head, and it’s massive and weird looking.

Anyway, old King Richard is getting re-buried in quite a mad blinging style, which for a King who was only on the throne for 2 years who also allegedly starved his two young nephews to death, I just think, why bother? He was a bastard.

I think Charlie Brooker sums it up nicely.

“Why rebury him once? Why not make it a regular event, like the changing of the guard? Dig him up at the start of each month, bury the individual bones at random beauty spots around the country, and turn it into a treasure hunt for tourists. Follow the clues on an accompanying app; see if you can locate his skull. Congratulations! It was hidden in a bin behind Oblivion at Alton Towers. Now track down his elbow. Then his pelvis. First to find six bones receives 20% off their B&B bill and a family-size jar of Marmite.

Actually, why rebury him at all? He’ll only go missing again. We should lace his bones together and turn him into a great big marionette. Have him dance to Uptown Funk on Ant and Dec’s Saturday Night Takeaway, then send him on a tour of the country, where he can perform jigs in market squares. Toss a coin at him to make him dance faster; manage to get one through his eye socket and you’ll win a balloon. All proceeds to the NHS.”

Azealia Banks has partnered with Google Chrome on her latest single “Wallace” to create an awesome interactive video.

As long as you have a bang up to date version of Chrome and a webcam, you can control her movements and later become part of the video.

Have a go right here.

4. A New Meerkat on the Block

Meerkat is being tipped as the next big thing in social media. The app allows you to Tweet live video, so it could become a great tool for brands.

Meerkat allows users to broadcast a live video stream from their mobile phones, and key to its appeal is its policy that every video can only be watched live.

The rules of Meerkat are “simples” (ugh – I went there):

The second departure that resulted in social media meltdown this week was Zayn Malik leaving man-child pop band One Direction.

He’s cited stress as his reason for leaving the band, and after I saw what his life has been like over the last few years, I can’t say I blame him for needing to take a break.

Kleenex were pretty quick off the mark, mocking up a tissue box with Zayn’s lovely face on – perfect for mopping the rivers of pre-pubescent tears.

Take it away Zayn… 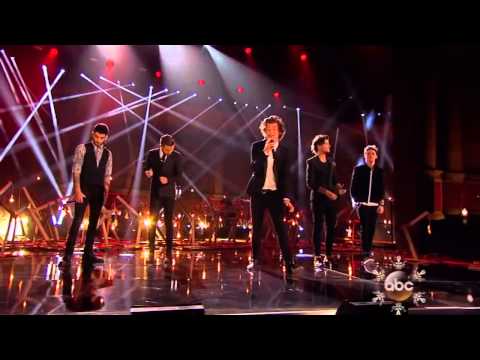