1. A quarter of brands are still using Twitter as a broadcast only tool

A new report out by Brandwatch shows that 25% of brands are still only using Twitter to broadcast to their followers rather than engaging with them.

69% of the brands in the study used Twitter to both engage with their followers and also broadcast news and just 3% used it for engagement only.

A new version of AdWords Editor, version 10.2, is now out that allows advertisers to manage their upgraded sitelinks within AdWords Editor.

Within the new AdWords Editor 10.2, advertisers can:

3. The grumpy cat has been at it again…

The grumpy cat appeared on the Today morning show in Australia recently, being interviewed about her new book.

Needless to say she was not impressed and gave the Anchor a case of the giggles. To be fair, it is hard to keep a straight face when looking at her solemn expression. Cheer up cat… 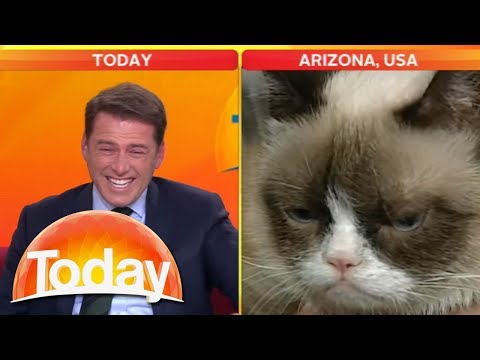 Google Street View can now not only be used to look at areas of the Earth on dry land, but also now view the depths of the world’s oceans from the comfort of your own home.

This pretty cool initiative by Google has not only be done so that we can see the pretty fishes and turtles swimming around beneath the sea, but also to raise awareness of the affect climate change, pollution and overfishing is having on the coral reefs.

5. What do you think of the latest Coca Cola ad? Slightly controversial…

Coca cola’s new ad campaign is aimed to promote healthy living and movement. It’s a cute video, but rather a strange angle for them to take…