In what looks like a case of handbags at dawn, China has banned BBC World News. The National Radio and Television administration claims that the BBC’s coverage of China had violated standards that require reporting to be true and impartial and that the coverage undermined China’s national interests.

Call me a cynic, but I do wonder if the decision has anything to do with the fact that CGTN (an english language Chinese satellite news channel) had its license revoked by Ofcom?

Continuing my cynical streak, I nearly spat out my coffee when reading the official response:

“We are disappointed that the Chinese authorities have decided to take this course of action. The BBC is the word’s most trusted international news broadcaster and reports on stories from around the world fairly, impartially and without fear or favour.”

along with Dominic Raab (the British foreign secretary) who describe the move as:

“an unacceptable curtailing of media freedom” that would “only damage China’s reputation in the eyes of the world”.

Errrrr….. Pot…..Kettle……Black? I am sorry BBC, but your coverage of the past year has completely undermined any notion of trust and impartiality and I would invite Mr. Raab to consider the fact that any questioning of the government’s Covid response is quickly censored.

Video calls have taken over our lives. Whilst largely brilliant, I am sure we have all had moment of ‘zoom fatigue’ over the course of the last year and if only I was given a penny each time someone says “you are on mute” on calls….

There have been some funny meeting videos doing the rounds, but this week saw the emergence of my favourite one so far: 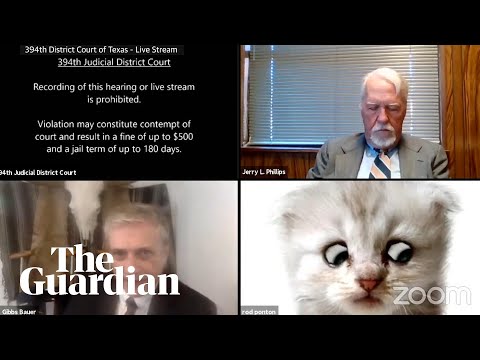 It is totally brilliant. I don’t know what made me laugh more, the fact that the cat looks so awkward or the raw terror / embarrassment of the lawyer and the seriousness of how he wants to reassure the judge that he is not, in fact, actually a cat.

3. Definitely not on mute

As I mentioned above, most video calls seem to involve at least one person chatting away in total silence whilst a chorus of ‘you are on mute’ is fired back at them.

This week saw a couple of amusing instances of the reverse – the curse of the hot microphone:

1] Jacob Rees-Mogg tries to jump on the Weetabix bandwagon

Weetabix had a very successful Twitter campaign this week, which saw everyone getting involved. MPs in parliament were not immune to the temptation, but not everyone was very impressed by what Jacob Rees-Mogg had to say about his breakfasts. Something feels a bit unlikely about this and viewer discretion is advised (there is a clue in the Tweet), but this is amazing if it really is true:

Listen carefully. Did someone drop the C bomb.

I don’t know about you, but I find watching the government press briefings more painful than root canal surgery. This is mainly due to the fact that the right questions are not being asked, but Laura Kuenssberg was heard muttering what we were all thinking after yet another waffling non-answer from our Prime Minister:

BBC News political editor Laura Kuenssberg appeared to mutter "oh, he didn't answer the right question" with her mic on.

The temperature (or lack of) has been hard to miss this week and many parts of the UK were blanketed in snow this week.

Not everyone loves the snow, but there can be no denying that it brings the child out in a lot of us and I have been loving it this week.

I was not the only one to enjoy it, judging by this brilliant video that I found on my internet travels this week. Crank up the volume and smile:

5. Don’t worry. Everything is going to be alright.

I am not normally one for a dose of schmaltz. Perhaps I am a psychopath, but I generally cringe rather than smile.

It must be a sign of these troubled times, but I found myself smiling at this video, which is actually a few months old but was shared with me this week: 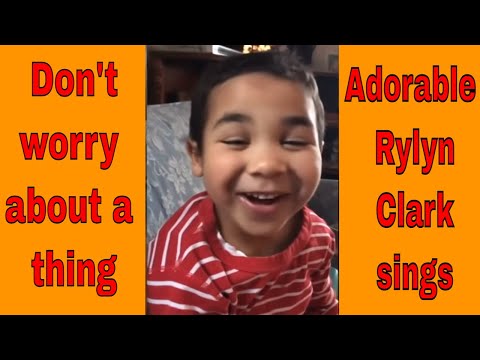 I hope it also gives you hope and that Rylyn is indeed right. Everything will be just mighty fine.

Have a great weekend and enjoy the snow whilst it lasts.