According to Google Ads’ email, user concerns for their online privacy continue to grow. To combat these concerns, privacy laws are being updated and enforced left, right, and centre… and it’s becoming complicated.

Google’s put together a “playbook for navigating today’s privacy environment” – which sounds a lot more fun than a .pdf guide to drive marketing results while protecting user privacy. Which is what it actually is. And there’s hardly any pictures. 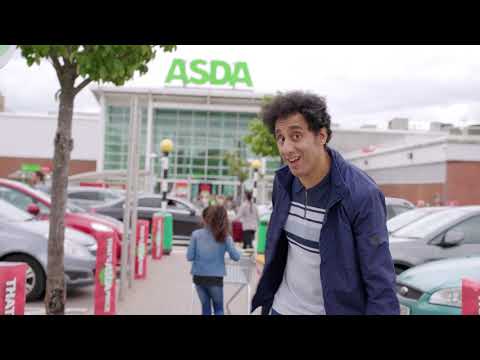 They’re bringing back the arse-pat, and their old slogan, which is a couple of big ticks for nostalgia in marketing, but the concept of the advert itself is so painfully cringey that I felt physically uncomfortable watching it.

And yet I can’t stop.

Like a bruise I can’t quit poking, I have watched this advert so many times… and I still don’t get it. I mean, I get that it’s supposed to be bad – Sunny’s but an Asda superfan, and not an actor… except that he quite clearly is an actor. But rather than a good actor acting like a bad actor, it feels like I’m watching a knock-off Stephen Mangan trying to channel his inner creature-comforts-esque acting style in an effort to sell me hydrogenated tomato-flavoured dust.

SEJ wrote up Fractl’s analysis of 5,000+ articles, which revealed that the most linked-to content is around 695 words long.

To be included in the study, the articles had to have at least 25 backlinks, and content from  major news sites was excluded to keep it more ‘relatable” to marketing.

It’s an interesting read, but for the impatient among us, here are my top three takeaways:

4. This isn’t an Art Attack

Do you have a favourite Neil Buchanan fact? Up until recently, mine was that he was once the guitarist for a heavy metal band named Marseille. However, after this week, I have a new favourite…

Neil Buchanan is NOT Banksy

After Banksy artworks started to apparently appear in places where Marseille had previously gigged, rumours of an alter-alter-ego surfaced on social media, gained media attention, and subsequently saw Buchanan “inundated” with questions about whether or not the rumours were true. According to his website, they are not:

Hooraaay! An entire My Five without mentioning coronavirus!

So I thought I’d finish this week’s My Five with some feel-good news: 43-year-old Mandy popped her sprog:

Chester Zoo recently released the above video to celebrate Mandy’s good news, and although experts don’t know if this new baby is a boy or girl yet, the birth of this critically endangered Western chimpanzee is key in the efforts to protect the species, and apparently mumma and bubba have already bonded well.