Apparently, Monday 13th February was 2017’s UK Pun Day. A quick search online revealed nothing about it being an official “National Day” – there’s an old Facebook event claiming it’s 4th March, and an article about the first ever UK Pun Day being on 8th February (suggesting it’s a “second Monday of the month” kinda deal) –  but it fell on Leicester Comedy Festival’s fourth annual UK Pun Championships, which is good enough validation for this reporter.

As you might expect, people took to social media to celebrate #UKPunDay by sharing their favourite puns (and there are some absolute classics) but, of course, for the true pun artists, everyday is Pun Day. Why, just last weekend a good buddy of mine and I rejoiced in our mutual love of all things punny by laughing over this gem: 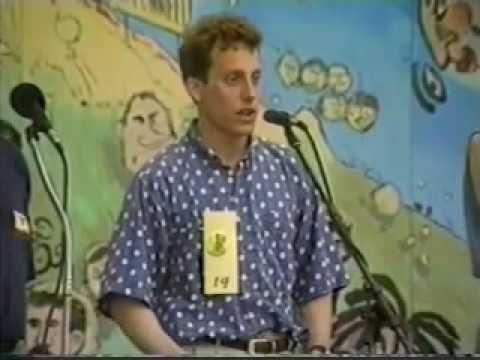 Worth a watch for the 90s fashion alone.

Although, many believe it’s impossible to learn to play on words, that it’s an innate talent bestowed at birth, here are some helpful rules for mastering the art of pun:

Valentine’s Day can be a pretty lucrative time of year for your business, with lots of opportunity for promotion and capturing seasonal opportunities. There are plenty of good examples from 2017 including Durex, Snickers and the NHS, but my favourite has to be Poundland’s well-intended-but-bound-to-disappoint offering of a three course meal for under a tenner.

Featuring crab meat on bruschetta to start, “mouth-watering” meatballs (questionable) with beef pot noodle (laughable), and peas (nice try) for main, and chocolates for dessert, I can’t decide if this was the worst dine-in-for-two experience imaginable, or an outstanding marketing ploy. Either way, who says no to a Ferrero Rocher?

There’s lots of online chatter about the iconic phone this week because, even though most of us agree that, when compared to the modern smartphone, Nokias are crap, not one of us can resist the power of nostalgia marketing.

Nokia handsets are now made exclusively by the Finnish company, HMD Global Oy, and their re-release is apparently due to be announced at Mobile World Congress at the end of the month. Rumoured to be priced at $59, it’s certainly cheaper than your average smartphone, and could be a useful backup if sharing too many memes has drained your iPhone’s battery… and you don’t mind carrying two phones… and giving up your beloved apps… Alternatively, you could just get a power pack and download Snake for iPhone, Android, or Windows.

4. The state of LinkedIn

Not often the business-oriented social network makes it into a MyFive unless we’re ripping into it – and this week it’s no different.

LinkedIn’s new desktop redesign mimics the mobile app, and is supposed to create a “simplified, intuitive, and valuable site”… except that thousands of LinkedIn’s Premium customers are super pissed off because many of the features previously covered by their subscription have been moved under another, separate price bracket. Whoops.

I admit, I am no lover of LinkedIn. Not necessarily because I thought it was difficult to use, but because I’m neither a recruiter, nor am I interested in status updates about your new company car, your organisation’s totally awesome starter pack (a branded pen!? Woah! You lucky, lucky thing!), or your self-indulgent motivational quotes. This new interface, though, has given me a few new things to complain about when ever I dare login:

Best thing about the new interface?

This time, it was a cheeky lad from Crewe blagging his way into the VIP area of the Albert Hall after editing The Sherlocks’ Wikipedia page to show he was a cousin of the vocalist performing that night.

It worked, he had a jolly old time at the gig, and he’s had some serious virtual kudos off the back of it. I can’t find an official word from the the band about the story, though, which seems a bit of a missed marketing opportunity to me, but I guess, as they’re on tour, maybe they’re preoccupied – they aren’t actually related, after all.

There have been some hilarious Wikipedia edits to date, and Boyd’s has to be included purely for the outcome, but it’ll never beat my favourite.