The Twitter accounts of some of the platform’s major players were hacked this week. Barack Obama, Joe Biden, and Elon Musk were among some of the victims of a bitcoin scam, where it appeared they tweeted requesting people pay into a digital wallet:

I‘m feeling generous because of Covid-19. I’ll double any BTC payment sent to my BTC address for the next hour. Good luck, and stay safe out there!

… and some people seemed to fall for it:

It’s an actual wallet address and there are transactions happening. It’s unclear if these transactions are legit. Scammers often seed their own scams to give them the appearance of authenticity. https://t.co/GUHEDaKNxu pic.twitter.com/xfhl3817xr

The theory is that a Twitter employee was bribed to change the email addresses associated with verified accounts in order for the hackers to get in and post the tweets. Twitter temporarily disabled verified accounts’ ability to publish new tweets while it got to the bottom of the issue. It continues to investigate.

Unless you’ve got a blue tick, it’s probably not worth worrying about specifically – like I wouldn’t bother changing your password unless you really want to – but probably something we should all keep an eye on.

The naughties were a difficult time for Britney Spears; a time where she drove with her son on her lap, a time where she attacked a photographer’s car with her umbrella, a time where she was British for a bit… and then there was that haircut… In the end, for her own protection, she was placed under first temporary, and then long-term conservatorship with her dad currently having all control of her assets and career. The #FreeBritney movement has been rumbling on since 2008 when this all first kicked off, but has recently flared up again this week because Britney’s back… and she’s being odd again.

The conservatorship is up for review in August, and her fans reckon that Britney is trying to send messages asking for help through her weird social media posts.

The power of the mighty hashtag seemingly knows no bounds these days, but it’ll be interesting to see if this particular hashtag will afford Britney her own lawyer to negotiate the agreement.

Pictures surfaced this week of Bridger, the 6 year old kid who protected his little sister from a charging dog while the two of them were playing together at their friend’s house.

Brave Bridger got bit pretty bad, and underwent some serious surgery as a result. His proud aunty shared the story, which got spotted by actress Anne Hathaway who got a load of her celeb pals involved, and now Bridger is essentially an Avenger and BFFs with Captain America: 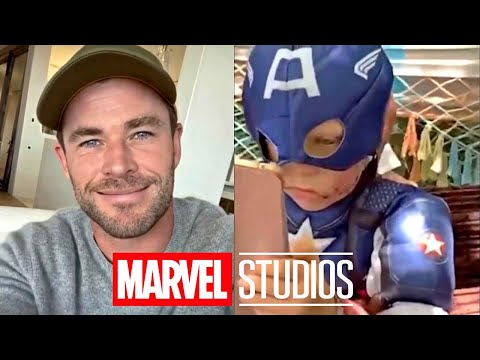 Cadbury announced it is stepping up in the war against obesity by shrinking its chocolate:

“We recognise we must play our part in tackling obesity and are committed to doing so without compromising on consumer choice. A focus on portion control is recognised as one of the most effective ways of helping people balance their calorie intake.” Louise Stigant via The Guardian

So it’s shrinking the size of multipack bars of Wispa Gold, Double Decker, Boost, and Bournville Classic… but not the price. Hm. Heartfelt.

CADBURY: They’re smaller for your health

EVERYONE: Why is the price the same?

5. Did Nasa realign the stars?

Introducing: Ophiuchus. A recently reported 13th star sign that has got astrology fanatics dazzled; questioning the reliability of the zodiac chart, the effectiveness of their crystals, and the essentialness of their essential oils.

Couple of things, though…

Secondly, Nasa didn’t update the zodiac signs because astrology has got exactly nothing to do with the science and technology of space.

All this has come about because the internet got a hold of an old Nasa blog post – fake News and Clickbait strike again!