Marketing blogs are not hard to come by these days. There are literally thousands of them. You are reading one now. While almost every blog is different, the one thing they have in common is that all of them are populated with content that has been written by real-life human beings. Aren’t they?

Advancements in AI text-generation is making it increasingly difficult to differentiate between real, user-generated content and AI-produced content. For decades machines have struggled to keep up with human language but new methods for analysing text developed by the likes of Google and OpenAI mean the gap is closing.

To illustrate just how convincing AI can be to the untrained eye, content marketing agency, Fractl, has developed a blog that’s completely AI-generated. From the content to the authors, it’s all artificial. The agency also recently published a really good article on the implications of AI on SEO. Spoiler alert; we’re all doomed.

Instagram is considering hiding ‘likes’ in an effort to ease some of the mental health pressures associated with social media. In a recent interview with CBS This Morning, Instagram head, Adam Mosseri, said the company was “rethinking the whole experience” and that the company would be paying closer attention to the wellbeing of its users.

Influencers must be quaking in their *gifted* boots.

Check out the interview below. 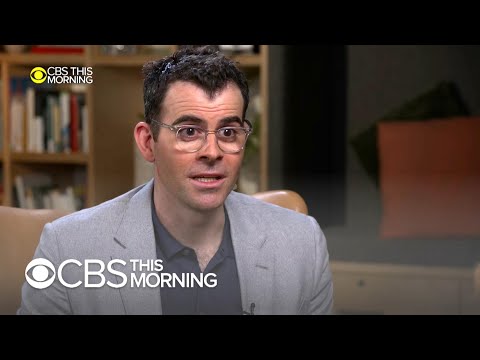 Have you noticed lots of rainbows on things recently? Of course you have, because it’s Pride month! Pride, if you don’t already know, is a time of year when corporations come together to offer their heartfelt love and support for the LGBT community by putting rainbows on products like mouthwash, credit cards, and crisps. It’s all very touching.

Vice has rounded up some of the most ridiculous Pride brand ties-ins for 2019, including my personal favourite, the LGBT sarnie from M&S (that’s lettuce, guacamole, bacon, and tomato).

The UK Advertising Standards Authority (ASA) has ruled that anyone with more than 30,000 social media followers is a bona fide celebrity. While this might sound like a reward of sorts (I’m sure there are plenty of “influencers” who would relish the status), the label comes with some big responsibilities.

The ruling was made after ThisMamaLife, an Insta-mum with 32,000 followers, posted an ad for some sleeping pills. The ASA ruled that their follower count made them a celebrity, and thus banned from drug endorsements in the UK. The drug company behind the ad has contested the case but ASA is standing firm. Check out the ruling here.

Glastonbury wrapped up on Monday and I have to say I enjoyed this year’s festival immensely. I expect this largely due to the fact I wasn’t actually there; there’s a lot to be said for watching live music from the comfort of your living room, with immediate access to basic necessities like a toilet, nourishment, and crucially a remote control with a pause and fast forward button.

A lot of very cool stuff happened across the festival’s five days but probably the biggest story from the weekend was when 15-year-old Alex Mann (who will now forever be known by #Alexfromglasto) was invited on stage by rapper, Dave, to help perform one of his songs, Thiago Silva.

Things have blown up for Alex since then. He’s amassed more than 170,000 followers on Twitter and 110,000 on Instagram, he’s been down to the Boohoo offices, and, sadly for him, he’s performed live on Good Morning Britain. Enjoy it while it lasts, #Alexfromglasto.