Despite governments’ best efforts, as Coronavirus continues to spread around the world, search engines and social media giants are also trying to play their part in preventing panic buying and the proliferation of misleading or irresponsible content that could spread fear.

Facebook was the first platform to disallow ads that claimed to prevent or cure coronavirus, as well as other wording that could cause alarm, such as using ad copy that alludes to a ‘limited supply’.

Google then followed suit and said that it prohibits ads that capitalise on the coronavirus but shortly afterwards was criticised for allowing ads to creep into sponsored shopping lists for product searches, as well as display ads that appear on third party sites.

As with so many issues on the major search or social platforms, it seems that where there is a will there is a way for unscrupulous sellers to manoeuvre their way around the system and reach the public eye.

Twitter, Instagram, Apple, Amazon and Etsy are also trying to do their bit to prevent mass hysteria around COVID-19.

It’s not completely uncommon for celebrities to change their names but this week, Brummie comedian Joe Lycett joined that group but for rather more altruistic reasons.

Joe, sorry, Hugo, was concerned about the corporate bullying tactics employed by the fashion empire Hugo Boss, particularly in relation to a small brewery in Swansea: Boss Brewing was hit with a cease and desist order from Hugo Boss when they tried to trademark several of their beer brands, resulting in the brewery spending thousands of pounds on legal fees and rebranding.

This is not an isolated case as, over several years, Hugo Boss has issued similar orders to other businesses and charities who also use the word ‘boss’ as part of their name or product lines.

It’s clear that @HUGOBOSS HATES people using their name. Unfortunately for them this week I legally changed my name by deed poll and I am now officially known as Hugo Boss. All future statements from me are not from Joe Lycett but from Hugo Boss. Enjoy. (2/2) pic.twitter.com/IlDoCrfmaO

Boss Brewing thanked the comedian by saying his name change was “just the most brilliant show of support”.

Static pictograms were first used in the 1964 games to help communicate visually to competitors and spectators and became an extremely familiar part of the branding of each Olympic games.

A year in the making, these new icons recreate the three-dimensional movement of athletes in two dimensions and can express extremely dynamic movement such as twists and turns.

Perhaps unsurprisingly for such a tech-driven power-house, Japan is hoping that this is the most innovative Olympic games ever and with these kinetic sports pictograms, that’s the first hurdle cleared. 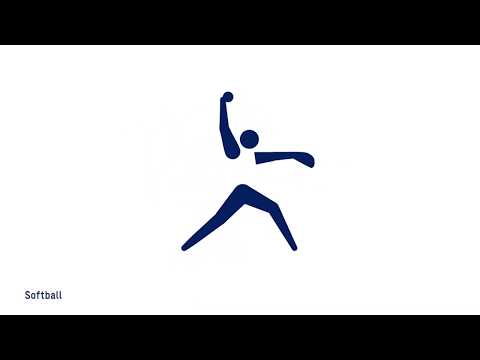 Apparently committing to a social media post is quite hard for some to do, with many preferring to share fleeting thoughts in the comfort that they won’t last for very long.

The new Twitter version, aptly named Fleets, will have a limit of 280 characters, and the option to add other media such as video or GIFs but crucially they won’t get likes, retweets or public replies. People can only react via a DM.

Commenting on the permanent nature of regular tweets, Twitter’s product lead Kayvon Beykpour said that ‘sharing your thoughts publicly can be intimidating’ and that Twitter was ‘working to create new capabilities that address some of the anxieties that hold people back from talking on Twitter’.

We’ve been listening to this feedback and working to create new capabilities that address some of the anxieties that hold people back from talking on Twitter. Today, in Brazil only, we’re starting a test (on Android and iOS) for one of those new capabilities. It’s called Fleets. pic.twitter.com/6MLs8irb0c

Snickers, the world-famous chocolate bar, came under fire this week for suggesting that the Welsh language resembles someone ‘sitting on a keyboard’. The now-deleted posts went on to name several Welsh towns including Llanfairpwllgwyngyll and Rhosllanerchrugog.

The reason for the tweet is unknown but it seems to have just been part of the brand’s ‘normal’ activity to encourage engagement, and engagement it got! The backlash was pretty clear with many people suggesting that the @snickersuk account was bigoted and that insulting an entire nation hardly made good business sense.

Instead of apologising, the brand added fuel to the fire with another tweet: “Obviously we need a Snickers. We love the Welsh.” Oops!