Earlier this week, Google confirmed to Search Engine Land that it is currently testing user comments in SERPs surrounding live TV shows, a feature that is currently only available for sporting events. The new feature is currently only in test phase, however, Twitter user @nikers85 has shared a screenshot of what the feature will look like. 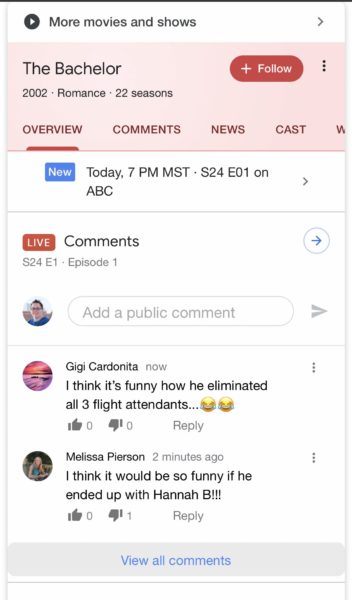 If Google is set to continue to roll out features that allow users to engage in conversations during live events it will be interesting to see the impact it has on the likes of Twitter. These features bring social engagement to search and could be a new player in the world of live event conversation. As previously mentioned this is still only a test but due to the fact that this feature is already available for sports events, it will be interesting to watch how Google expands to allow users to comment live on various events.

Another My Five, another story about Burger King.

It feels like Burger King gets a mention in a large majority of My Fives, but when their marketing is this good it’s hard not to include them.

Burger King is well known for calling out their competition online and certainly isn’t afraid of ruffling a few feathers, and that is exactly what it has done this week. The fast-food giant released a video that takes a dig as their biggest rivals by comparing products from both chains.

Check out the video below:

According to a new report, Instagram’s user growth has dropped to under 10% annually for the first time. New data published by eMarketer shows that Instagram’s user base grew by 6.7% in 2019, down from the 10.1% growth that was seen in 2018, a trend that eMarketer expects to continue into 2020.

The slower than expected growth is thought to be a result of two things; older age groups not joining the platform, and the rise of competition from the likes of Snapchat and TikTok. While this data is obviously not positive for Instagram, the fact they have over 1 billion monthly users (a figure that is constantly rising) cements their place as one of the large social media platforms available.

Is Weight Watchers encouraging you to join the army?

After a series of events that took place earlier in the year, (which I won’t get into as I don’t want to try to explain the ins and outs of what is currently the complex geopolitical landscape), a number of different ‘World War 3’ topics were trending on Twitter. Not the ideal start to a new decade! While this is not a great sign for the wider public it also came at the worst time for Weight Watchers who launched its new campaign #ThisIsMyWW at exactly the same time. 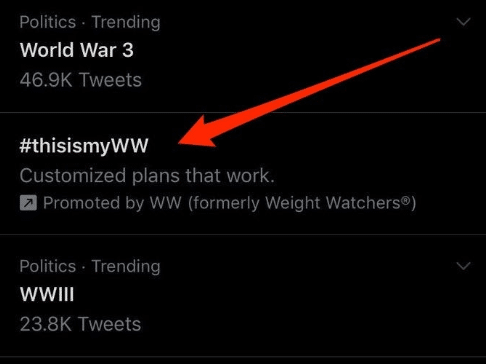 Understandably the weight-loss program has found itself in a bit of hot water with the launch of this campaign. While it’s impossible to predict the event that unfolded earlier in the month, surely someone in the business would have noticed what’s trending and thought “hey, maybe we should put our new campaign on hold until this all cools down a bit.”

Was this just an oversight from Weight Watchers or did someone make the decision to go ahead with the campaign knowing it would cause a discussion? Let us know what you think in the comment section.

Seen as ‘the tech industry event of the year’, CES provides a first look at a range of new products and inventions that will change our lives for years to come. This year’s event certainly didn’t disappoint as we saw a range of new tech from the outstanding to the downright weird. There are tons of roundups of the best tech that was on display at this year’s conference, below are a few of my favourites.

When you think of Sony the last thing you expect them to unveil at an event like CES is a car, yet that’s exactly what they did. In a world where it’s nearly impossible to keep anything a secret, Sony shocked the crowd by displaying the Sony Vision-S concept car. Unfortunately, the keyword in the name is ‘concept’ meaning you won’t be able to buy one. However, could this be an indication that this is an industry they are looking to expand into? If the Vision-S is anything to go by, I’m definitely on board with that. 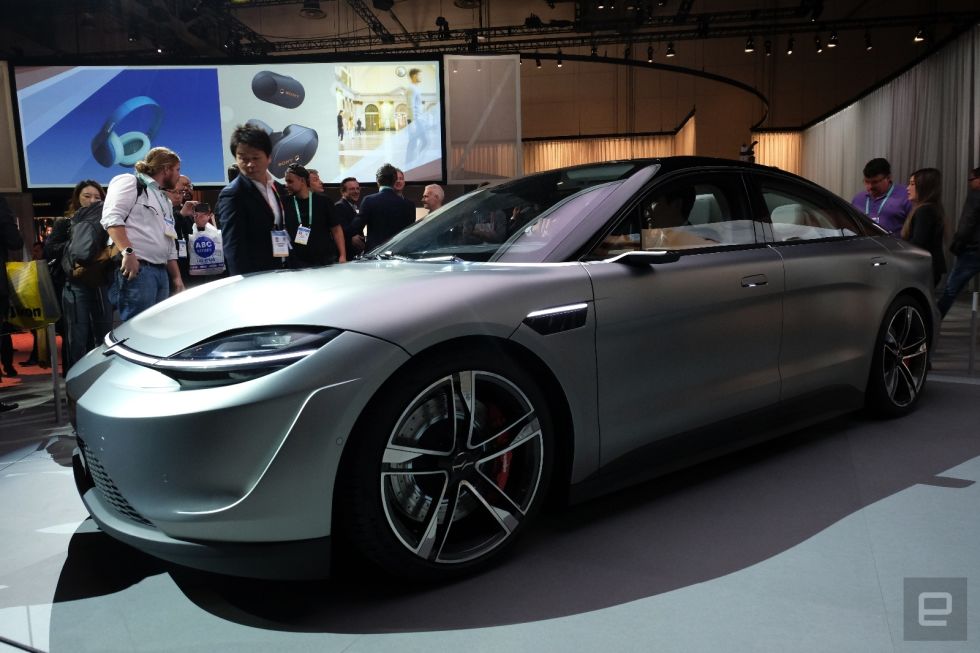 Toilet paper brand Charmin unveiled a two-wheeled robot that is intended to help you out when you need it the most. The “RollBot” can be summoned via smartphone and will navigate its way to its owner with a much needed spare toilet roll. I don’t really know what else to say about what will likely become everyone’s new best friend, but I’m sold! As we move closer and closer to a species that is becoming dependant on technology and robotics, Segway unveiled the next step to the robot revolution – the S-Pod. Segway’s newest mode of transport is a two-wheeled self-balancing stroller that is said to make commuting and journeys more enjoyable. It’s controlled by a joystick and has a wide range of smart features to help ease the ride, however, what caught my attention is the fact it can go 24mph! Imagine the carnage in major cities if they ever take off!