1. The most Googled searches of 2019 are revealed

This year the UK’s top 10 trending queries were as follows:

The top 10 ‘how to’ and ‘what is’ etc questions can be found here as well as the top celebrities, sporting events, musicians and much more.

2. Should general election ads be allowed on social media?

As the general election happened this week, whether it is or isn’t fair for political parties to advertise on social media has been talked about a lot, especially as the Conservatives spent a big wedge of budget on the YouTube Masthead ad over the weekend. (And there was obviously that video released by Boris Johnson on Twitter: https://twitter.com/BorisJohnson/status/1204152954934177792)

This leads us to question how targeted the parties are with their audiences, as the masthead slot is shown far and wide across the country and is the same as paying for an ad spot during the ITV’s News at Ten 25 years ago.

We all know things have changed a lot in the last 25 years, with social media becoming a more and more important advertising tool for brands, businesses and political parties alike, but should it be allowed, do these ads work, and should they be better regulated?

These are all questions that will be asked in many more elections to come, I’ll bet. For more information see: https://www.bbc.co.uk/news/technology-50734805

3. Coca-Cola go all out this year

This year Coca-Cola is increasing its digital and experiential marketing activity, to do its biggest ever product push this Christmas, launching a global ad that it hopes will “unite us”: 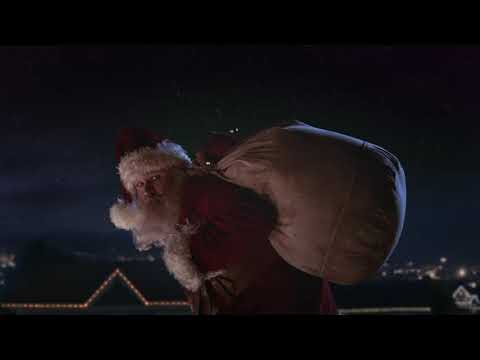 The narrator in the ads talks us through some of the negative viewpoints of Santa Claus, referring to him as a “stranger” who is “learning information about us with the intention to sneak into our home while we sleep”. But the ad ends by saying that we should actually “welcome him” “because if we focus on what divides us we forget what we love about each other”.

But don’t panic if you are a fan of the old classic, “holidays are coming” ad, as that is still being shown too, and with its biggest UK media budget to date.

Google maps has launched some new features so iPhone users will be able to use the app in Incognito Mode and Android users will have access to a “Bulk delete in Timeline“ feature, two changes Google has made to try and help its users feel less intruded upon.

Google says, “While in Incognito mode, the places you search for or navigate to won’t be saved to your Google Account and you won’t see personalised features within Maps, like restaurant recommendations based on dining spots you’ve been to previously.”

5. It was not just dogs at polling stations this year

It wasn’t just people and their dogs heading to the polling stations yesterday, there were a wide array of animals there too, so how could I not share some of my favourites…

The General Election has been hell.

However #reindeersatpollingstations has taken it up to a WHOLE NEW LEVEL. Hehe.

Step aside #dogsatpollingstations today we want to see #catsatpollingstations! If you’re voting and you spot a cat at your local polling station, share your photos with us. #GeneralElection2019  #catsofbirmingham pic.twitter.com/3PVJziXCuZ

Have a good weekend!