Yesterday, Google launched its ‘conversational search’ feature for Google Chrome users and we thought we’d give it a test run. Feeling somewhat sceptical, we asked Google “Is Margaret Thatcher dead?” (don’t ask why, it was the first thing that came to mind). Amazingly, the (remarkably human) spoken response came “Margaret Thatcher died in London on April 8th 2013” and up came the results page below. Read more here.

This week Microsoft announced the launch of its latest games console, the ‘Xbox One’. For an estimated price of £400 you’ll get an all in ‘one’ entertainment system. While the mainstream press is impressed by the features announced, the gaming world is less than enthusiastic with the lack of emphasis on the core gaming experience.

You’ll have to wait until Christmas to wallow in all the geeky-ness, but the Guardian’s technology site has lots more on the launch and reception of the Xbox One if you can’t wait until then. Here’s an alternative view from Edge Online http://bit.ly/14RHqLz.

4. Sergey Brin – co-founder of Google and the worst salesperson in the world?

For what is supposed to be a talk that sells us the latest in technological breakthroughs, this has to be the least inspiring sales-pitch ever. And is it just me, or does he spend a large part of his talk (about keeping your eyes up) looking down at the floor? If, unlike me, you make it all the way to the end, we congratulate you on your perseverance and pity your boredom. http://www.ted.com/talks/sergey_brin_why_google_glass.html

5. A history of YouTube through the medium of song

Ever wondered what the history of YouTube would be like expressed through the medium of song? Yeah, us too. Well here’s the answer, courtesy of the Gregory Brothers and in honour of YouTube’s Comedy Week. 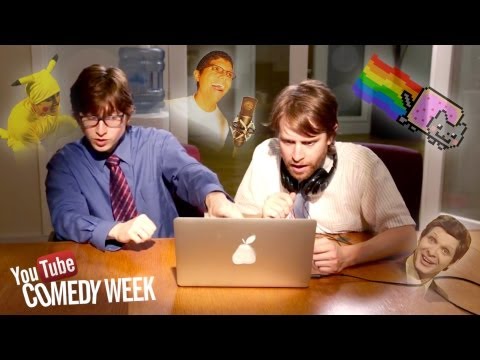