If you thought people might tone down the stupid in 2019, you’d be wrong.

Netflix released Bird Box last week; a thriller starring Sandra Bullock, who spends almost the whole film walking about in a blindfold because if she sees a spoopy thing she will die.

This led to many people trying out ‘The Bird Box Challenge’, which entails them blindfolding themselves and stumbling around trying to go about their day without being able to see what they are doing. 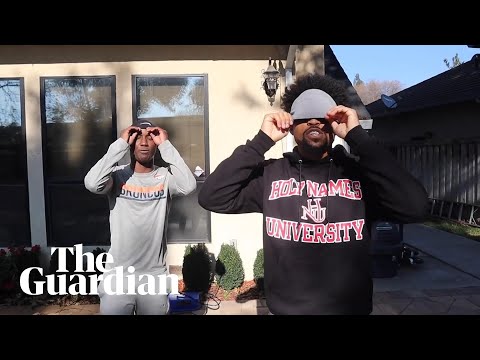 Which then led to Netflix tweeting:

Can’t believe I have to say this, but: PLEASE DO NOT HURT YOURSELVES WITH THIS BIRD BOX CHALLENGE. We don’t know how this started, and we appreciate the love, but Boy and Girl have just one wish for 2019 and it is that you not end up in the hospital due to memes.

Who knows who started the challenge, but one thing’s for sure, it’s provided some sweet viral marketing for Netflix and the film (until somebody becomes a nominee for the 2019 Darwin Awards, I guess).

Fake news is soooo 2018. Get ready for DEEPFAKES.

A deepfake is a new form of AI that can be used to manipulate video by overlaying another person’s face onto a body and making them say whatever the heck you like. As well as no longer being able to know whether what you read or hear is true, you can no longer trust what your eyeballs tell you unless you are looking right at it in real life.

You can watch this terrifying video of the technology over on the BBC, which also includes some cheery insight from Katja Bego, data scientist at innovation foundation, Nest, who “envisages a nightmare scenario in which a world leader could appear to declare war or spread damaging propaganda, with potentially devastating results”.

3. The dark side of the moon

China landed a spacecraft on the far side of the moon earlier this week, which we never see from Earth because of tidal locking – the moon is synced up with the Earth as it rotates on its own axis in the same time it takes to orbit Earth once. SCIENCE.

The spacecraft carried some live species in an attempt to create a ‘mini biosphere’, which could see the first ever flower bloom on the moon.

Knowing if we can sustain life outside the Earth’s atmosphere sure will be handy if the whole deepfakes thing kicks off and we all have to go live there.

4. Getting all gammon over a sausage

Well, half man, half ham Piers Morgan was outraged, giving them the best free publicity they could have possibly asked for.

Nobody was waiting for a vegan bloody sausage, you PC-ravaged clowns. https://t.co/QEiqG9qx2G

For some reason, quite a lot of people were offended by Greggs offering a vegan option of one of its best sellers, despite them not being forced to eat it. What a bunch of snowflakes.

5. Snowflakes; your army needs you

The British Army kicked off its 2019 recruitment campaign to sign up Gen Z and Millenials by calling them self-absorbed snowflakes who spend all their time playing the computer and gawking on their phones. To be fair, that is a pretty accurate description of me, but I didn’t find the messaging inspiring enough to sign up to become cannon fodder.

The posters make out that all of these traits are actually a good thing; a snowflake has compassion (not sure how good this is for a job where you shoot people); phone zombies have good focus (I usually just make a series of grunts when someone is trying to engage in conversation when I’m looking on my phone, so again, not sure this works); and binge gamers are driven (if driven means not moving from the sofa for 18 solid hours while wearing pyjamas so I can ride around on a pretend horse shouting ‘HOWDY PARTNER’, sign me up).