If you haven’t seen this absolute unit doing the rounds this week, where have you been?

While it’s clear that the bovine beast known as Knickers is a proper meat castle, experts have been disputing just how big he is.

According to Aniek Bouwman, an expert in animal breeding and genomics at Wageningen University in the Netherlands: “This story needs some perspective”.

First of all, the Holstein breed usually stands at just under 6 foot on average. Knickers is 6’4.

Secondly, by cows-being-bred-for-eating standards, Knickers is an old boy. Too big to be processed at the abattoir, he’s now seven years old. All of his moo-mates would have hit the chopping block before they reached the age of three.

Finally, in the photo, he’s stood in a field of Wagyu cattle, which are far more petite, standing at an average of 4 and a half feet.

A delightful story appeared in the Metro this week that found every customer touch screen they tested in eight McDonald’s branches came back positive for traces of poo poo.

‘We were all surprised how much gut and faecal bacteria there was on the touchscreen machines. These cause the kind of infections that people pick up in hospitals.”

While anyone who uses their Smartphone on the bog is probably coming into contact with (mostly their own) faecal matter on a daily basis, I think the thought of touching other peoples bum bits – and then putting your fingers straight in your mouth is what made me never, ever, want to eat McDonald’s again (no matter how hungover I am).

So, if you don’t want the McPlops but you can’t resist those sweet nugs, stay away from the touchscreens, or use antibacterial hand gel before you chow down.

Staying on the topic of food and technology, this week ‘American Italian’ restaurant chain Frankie and Benny’s announced that they will be issuing a ban on mobile phones.

The initiative will initially be trialled for a week, with phones being placed in a ‘no phone zone’ box on the table. But why bother? Well, research conducted by the brand that showed 72% of kids wished their parents would spend less time on their phones, and decided the phone ban was a good way to encourage families to spend more time talking to each other. As an incentive for parents to give up their phones, kids can eat for free.

Having a conversation could, however, be impossible in a Frankie and Benny’s, which for some reason, insisted on playing ‘CONGRATULATIONS’ by Cliff Richard every 15 minutes on the first (and last) time I went there. I think that’s a thing they still do.

Mark Zuckerberg may have pledged to ‘fix Facebook’ but his absence at the International Grand Committee this week, which was due to address concerns about the platform being used to spread fake news, left many asking just how seriously he’s taking it.

Politicians from the UK, along with officials from Britain, France, Belgium, Argentina, Brazil, Ireland, Singapore and Latvia, ended up addressing an empty chair at the hearing in London, as Zuckerberg decided not to bother turning up.

One question: where is Mark Zuckerberg? pic.twitter.com/BK3KrKvQf3

“If he doesn’t want to appear to make suggestions on how to regulate, we can do that ourselves. He needs to show up, he needs to understand the gravity of this. Only one person can answer our questions, and that’s Mr Zuckerberg.”

And finally, if you don’t have a head (or the stomach) for heights, it’s probably best you don’t watch this video. 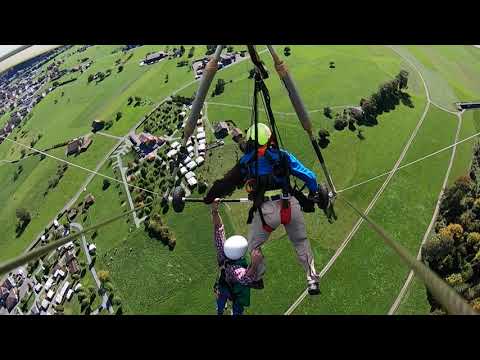