I like most sport but the winter Olympics has to be up there with my favourite event of all.

Perhaps it is because it only comes around every four years or maybe it reminds me of my childhood, watching the snow whilst snuggled up in front of a fire, but I love the winter Olympics and much prefer the winter variant of the Olympic games. With the opening ceremony only hours away, I am therefore very excited this week.

If you don’t share this excitement, the BBC gives you 8 reasons why you will end up watching them. Of more significance, though, is the unifying power that sport offers. In what feels like an increasingly volatile / dangerous world, we should all celebrate small victories like North and South Korea putting a hold on their warmongering and joining forces through the unified Korean ice hockey team. That is what sport can do…

What hopes for Team GB? Not great news I am afraid with one of our big hopes, Katie Ormerod, shattering her heel yesterday (after breaking her wrist on Wednesday) and she now faces a four-year wait until the next opportunity to go for gold. She actually broke her back last year, highlighting the occupational hazards of being a  big air / slopestyle rider.

It sounds to me as though she should stick to the big airbag that has been used by Team GB to accelerate the learning of the bigger tricks without the risk of injury: 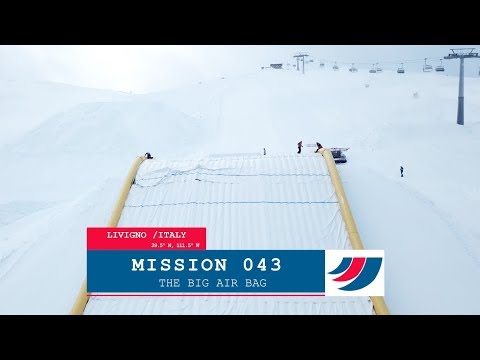 What I would give to have a day launching myself onto that!

2. What is the best way to dispose of a Tesla car?

This week witnessed the launch of the largest and most powerful spacecraft to leave our planet and it was heralded as a new era of space exploration.

There is a lot that is impressive about Elon Musk’s SpaceX Falcon Heavy rocket. The headlines have been dominated by some remarkable photos of his cherry red Tesla cruising through space. He put the car on the rocket to serve as a great publicity stunt. The photos are amazing and it is hard not to believe that they are not dodgy photoshopped images.

For me, the most amazing thing about the launch was actually the fact that two of the massive rockets came back down and landed in almost perfect unison. That is a game changer. Here that moment is in all its glory (be sure to crank up the sound):

Very impressive stuff. But it is all fake news. At least, it is fake news if you believe the Flat Earth Society.

Oh… the Tesla missed the turning to Mars. The plan was to put the car into orbit around Mars but it seems that they were a bit heavy on the accelerator pedal as it has overshot and is now on its way to oblivion in an asteroid belt. You can’t win them all.

3. Februdairy to fight back against Veganuary

I managed to put a stick into the hornet nest of veganism a couple of years ago with a post about keyword research. The post was never meant to be an anti-vegan commentary but I enjoyed an expected backlash on social media from passionate vegans. Whilst the Cafe has indeed closed its doors for the final time, I enjoyed eating there and am not anti-vegan in any sense.

I do, however, get irked by anyone who is so passionate about their chosen belief that they refuse to allow others to have their own beliefs. I also get irked by months in which we are told to act in a certain way. I am thinking mainly of the ridiculous ‘Dry January’ – it would be damaging to my health to go cold turkey after the Christmas blitz and I think January should be a month of gradual reduction rather than abstinence, but Veganuary is another one that has wound me up.

I didn’t even know that ‘Veganuary’ was a thing and was pleased to see the dairy industry fight back with the launch of Februdairy. I know it sounds like an early April Fool’s joke, but you can read more at http://www.telegraph.co.uk/food-and-drink/features/goodbye-veganuary-hello-februdairy-dairy-industry-taking-fight/.

Each to their own, I say, and please can we stop judging each other with such moral high grounds?

4. What on earth are you asking me?

If you ever watch Google’s year in search videos, you will know that questions are becoming increasingly common. With the growth in voice search, this will only increase yet further. ‘How’ became the most popular question search term in 2017.

SERPSTAT delved a bit deeper into the exploding ‘question’ searches and published an interesting infographic showing the top question searches from 2017. Head over to the blog post for a bit of background information, but here is the infographic:

In an earlier My Five, I wrote about how this year’s Consumer Electrics Show seemed to feature too many products that were aiming to solve a problem that didn’t exist.

This week, I became aware of a new product that I assumed had to be another early April Fool’s joke. Ladies and gentlemen, please allow me to introduce you to Lady Doritos. Finally, a cleaner and quieter version of the Doritos that we know so well – thank goodness for that as I am sure that the fairer sex has been craving lower decibel levels for years.

In an age of equality, it will be no surprise to hear that the move did not go down to well.

Have a fantastic weekend everyone and enjoy all the sport from Pyeonchang.