Some very welcome news this week for users of Google Search Console (or Google Webmaster Tools if you are old school) with the announcement of several improvements to the reporting platform.

If you have a website, you should be using Search Console and it still amazes me how many website owners do not know that it exists. Google Search Console is one of my go-to resources for SEO related data about websites and I check in regularly to monitor the health of a website.

As with any change, there is a slightly frustrating learning curve with the new UI, but the big news is that the data now goes back 16 months rather than the previous 90-day limit. This is a bit of a game changer as it allows you to look at year on year changes and thereby accommodate seasonal fluctuations in your analysis. When limited to just 90 days, this was a royal pain in the backside.

I still have some doubts over the accuracy of some of the data and it is still in beta, but it is excellent to see improvements being made and the ability to compare year on year is long overdue.

It is the time of year when tech lovers can ogle over new technology that is announced at the Consumer Electronics Show (CES). The show describes itself as ‘The Global Stage for Innovation’ and typically showcases next-generation technologies.

This year has, however, felt a bit flat. A massive power cut plunged the show into darkness for a couple of hours, which was a timely reminder of the reliance that technology has on a good power supply, but I can’t help feeling that a lot of the technology this year is trying to solve a problem that just doesn’t exist. For example, who really wants / needs a suitcase that will autonomously follow you round an airport? It sort of sounds like a good idea if you are seriously lazy, but the massive weight of the batteries and the fact that it doesn’t really work, makes me wonder why the boffins are thinking these things up.

One of the most spectacular face palms of the week so far was the unveiling of a new AI robot called CLOi from LG. Poor Mr VanderWaal (LG’s Vice President of US marketing) told the expectant audience, “Today I’m going to demonstrate how LG AI is making people’s lives easier and better”. How did he get on? 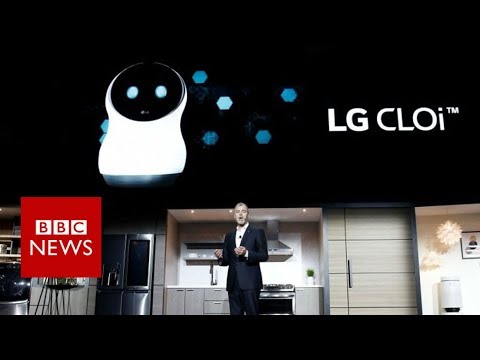 In a week where most of the retailers announced fairly gloomy Christmas trading figures, M&S found itself being a laughing stock as people mocked its £2 cauliflower steak.

The ridiculous product was called out by Rachel Clarke, who quite rightly questions the cost (both economic and environmental):

Cue an online storm and cauliflower steak-gate was unleashed. Not good timing from M&S as the government prepares to announce a crackdown on excessive plastics and packaging.

As most people have pointed out, if you fancy a cauliflower steak, just go and buy a complete one (which has its own natural packaging) and slice out your very own, much cheaper, steak….

4. Where has Lewis gone?

Lewis Hamilton was on the receiving end of quite a lot of online hate over Christmas after he posted a video of his nephew with the comment, “Boys don’t wear princess dresses”. The accusations of enforcing gender stereotypes led to a swift apology from the F1 champion.

The whole debacle has obviously left a bitter taste in his mouth as he appears to have turned away from his 5.26m Twitter followers and 5.7m Instagram fans and removed all his previous posts. Even his 33rd birthday on the 7th Jan went without a single utterance on his social media channels.

As yet, there has been no official word on why he (or his team?) has removed all content but it has the Formula 1 world’s tongues wagging. One of his team has apparently questioned why this should be such big news, but this feels a bit rich from a team that has used social media to such a degree to build brand Lewis.

We wait with baited breath to see what happens next.

It has been a fairly mad week of weather around the world.

The alps have been hit by incredible amounts of snow and resorts such as Zermatt were isolated after the snow storms. Staggering amounts of snow has fallen in a very short time, as this before and after shot from Val Thorens illustrates:

To be honest, you sort of expect it to snow in the Alps and it makes a very nice change from several years of relative snow drought. You know something is up, however, when it starts snowing in the Sahara desert: 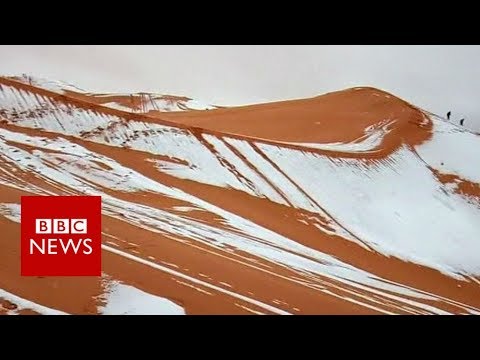