If you’ve been living under a rock for the past few weeks, you probably didn’t know that arguably the biggest TV show returned to our screens this Monday. Of course, I’m talking about Game of Thrones. A staggering 16 million people in America tuned in for the season 7 premiere, and a combined 4.5 million people watched, streamed, or recorded the episode in the UK.

The episode continued to break records as it became the most tweeted about episode in the show’s history, attracting approximately 2.4 million tweets, the majority of these aimed at a certain special guest who appeared on the show. You don’t have to be a fan of the show to know that Ed Sheeran made a questionable, cameo appearance halfway through the season 7 opener – something that divided fans of the show. As always, people flooded to Twitter to give their opinion and there were some truly brilliant responses.

In other controversial TV news, BBC announced the identity of the 13th Doctor, on Sunday. Jodie Whittaker was unveiled as the first ever female Doctor, a decision that has caused a lot of controversy within the Doctor Who community. However, the BBC soon responded to those questioning their decision to cast a female Doctor by saying “The Doctor is an alien from the planet Gallifrey and it has been established in the show that Time Lords can switch gender”. Well said BBC, people don’t have any issues with an alien with 2 hearts magically changing their appearance, so what’s the problem with the Doctor being female?

The power of social media, especially Twitter, was once again displayed as the BBC chose to break the news through the official Doctor Who accounts. The video has been viewed over 16 million times online, with over 2.6 million of these coming from the show’s Twitter account and 9.8 million views on Facebook. The video is now the most successful tweet in the history of the show.

In case you missed it, last Monday (17th July) was World Emoji Day, a day dedicated to celebrating the little cartoon characters we send in our texts – I know right, how could you possibly miss a day of such importance?!

Initially, I thought this was just an event that was ‘celebrated’ on Twitter but it seems to be a far bigger day than it first seemed. According to the official website, it’s a global event that is celebrated both on and offline, with an annual award ceremony held at the New York Stock Exchange where you can vote for your favourite emojis. The most notable winners include the Face With Tears of Joy (winner of the Lifetime Achievement Award) and the Welsh flag (winner of the Most Anticipated Emoji for 2017). To take things one step further, the Empire State Building was lit up in “emoji yellow” in celebration of World Emoji Day, and there has even been a horrendous song written for the day. 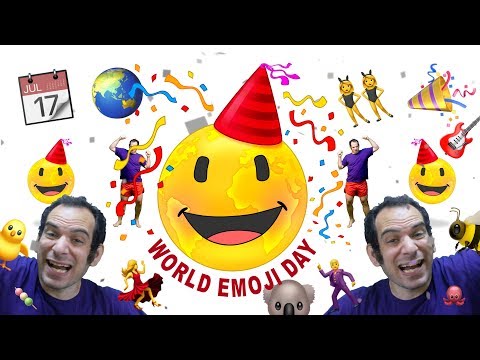 So make sure July 17th is marked on your calendar next year so you can get involved with the World Emoji Day celebrations, apparently, it’s a much bigger day than we first thought.

With the rapid improvement in technology and the development of AI, people are beginning to worry they will be replaced by machines who can do their jobs. However, a robot security guard in Georgetown has calmed people’s nerves by showing we do still need humans. The idea of the robot is to replace human security guards who may get bored when on patrol, but it seems our robo friend found the job just as boring and choose to end it all by driving into a pond and drowning itself. Talk about a stressful day at the office!

Our D.C. office building got a security robot. It drowned itself.

We were promised flying cars, instead we got suicidal robots. pic.twitter.com/rGLTAWZMjn


Yes, this is a real listing, and it appears to be out of stock so let’s hope the book brings its new owner the same luck and fortune it brought to the author.