If you’ve been doing internet marketing for a long time, you’ll have probably heard of DMOZ – a human-edited web directory.

Starting out back in 1998 with the purpose of manually reviewing and adding links to a web directory, the service has become redundant as algorithms replace real humans. When you consider how the number of links being submitted must have grown as the internet’s grown over the years, it’s no wonder that on 14th March, it will finally be closed down.

You can read a nice little write up of the history of DMOZ here.

The internet did a massive freak out on Tuesday when Amazon Web Services (AWS) experienced an outage that affected websites all across the globe as a result.

Blamed on an error made by an employee while debugging an issue, the outage affected a huge number of major retailers, including Nike, Disney Stores, and Nordstrom. It’s a stark reminder of just how many top online businesses rely on a single company – Amazon – and the impact it has on the internet as a whole when it goes tits up.

Trolls are all over the internet, and most of them aren’t even funny. Seeing as Troll Trace is not a real thing, tech companies are taking matters into their own hands:

Google has launched an API that publishers can use to filter out any mean comments left on articles.

I tried my best, but I couldn’t get the ‘toxic level’ up to 100%. And I’m pretty sweary. You can try it out for yourself here.

Twitter also announced that users can now mute those faceless ‘egg accounts’ since such a high number are associated with abusive behaviour. You can find out more about how Twitter is helping its users filter out trash talking and general guff from idiot egg people here.

In case you have spent the last week living in a cave, you probably already know it was pancake day on Tuesday – the only day of the year you can eat a pancake – IT’S THE LAW.

People proudly took to social media to share some of their creative genius. Here are a few of my favourites:

Bet you make great Yorkshire puddings. But I’m rating pancakes, so for that reason 1/10.

Legendary rapper and actor, Ice Cube, took to the internet a couple of weeks ago to answer important questions about himself. 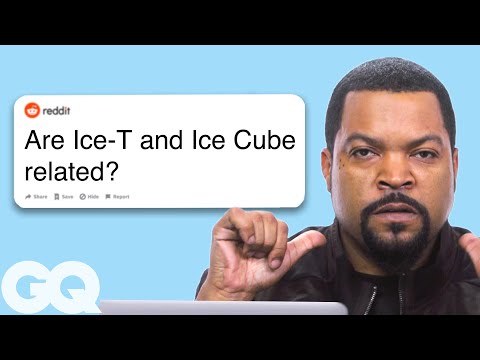 Sadly he hasn’t kept it up, though. Sad face.

*Ice Cube was in a film in the 90s called Friday, in case you didn’t know.