There was a lot of SERP flux going on last weekend, sparking concerns that Google was rolling out one of their famous animal-themed updates. Was it Penguin? Panda? A different animal entirely? Either way, SEOs across the globe began to get their knickers in a right old twist over it.

There is no name for the ‘core ranking algorithm update’, so most SEO peeps are referring to it as a ‘Phantom update’. I am going to name it the ‘Narwhal update’, as the narwhal is basically an underwater unicorn. And what could be more mysterious than that?

People love a good moan, don’t they? TripAdvisor is a great place to do this, because you can pretty much be as horrible about a business as you like, and they just have to suck it up. Or grovel and apologise. But some business owners just tell it like it is.

“I ordered hot water and a slice of lemon which, firstly, did not arrive on time with all my friends’ cake and drinks. I was then charged £2 for the hot water and a thin slice of lemon. When I asked why I was being charged so much for some water the waiter rudely said, ‘well, do you know how much a lemon costs?’ Yes, it’s definitely not £2. He then went on to wrongly inform me that a ‘pot of tea for one’ (which is what I was charged for) is the same price as a lemon. To show just how ridiculous this is, my friend ordered a slice of chocolate cake which was £1.90.”

I’m a big fan of reading odd TripAdvisor reviews in my spare time (yes, I really am that sad). My personal favourite is one I came across for Colchester Zoo, for the review title alone:

Kim Jong-un has had a very busy week. He bent over to test a mattress:

Then he swung about on a wrecking ball:

Hung about in the Presidential Office at the White House:

And scaled The Empire State Building:

4. Don’t Skype a mate that ‘your boss smells and you hate them and wish they would just die or something’ while at work

If you frequently use Skype or other IM services to have a natter with colleagues and friends during working hours, you might want to watch what you say. According to the BBC:

“Employers can read workers’ private messages sent via chat software and webmail accounts during working hours, judges have ruled. The European Court of Human Rights (ECHR) said a firm that read a worker’s Yahoo Messenger chats sent while he was at work was within its rights. Judges said he had breached the company’s rules and that his employer had a right to check on his activities”.

5. The world says goodbye to David Bowie and Alan Rickman

Monday morning I woke up to the sad news that David Bowie had died. On Thursday, I left a meeting to discover that one of my favourite actors, Alan Rickman, had also passed away.

I’ve watched a few Bowie documentaries over the last few days (as well as Labyrinth) and the guy was truly remarkable. He reinvented himself so many times, inspired generations of musicians, and always looked freakin’ awesome. 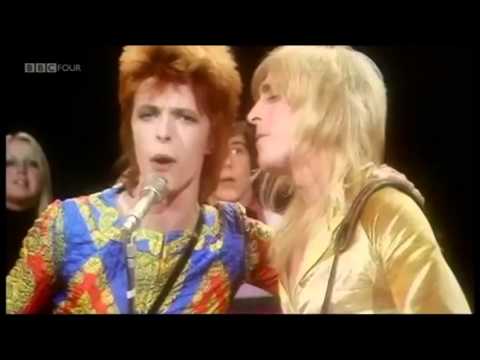 Alan Rickman is probably best known to older generations for his role as mega villain Hans Gruber in Die Hard, and to younger generations as Professor Severus Snape in the Harry Potter films. He was absolutely brilliant as the angel Metatron in the Kevin Smith film, Dogma, and he also scared the bejesus out of me as a child as The Sheriff of Nottingham in Robin Hood: Prince of Thieves. I’m going to miss that wonderful voice.