Skip to content
You are reading: When is a hashtag not a hashtag?
2nd July 201925th July 2022
Hashtag, Social Media, Twitter

Hashtags are ingrained in our everyday lives. According to the Scrabble Dictionary (yes, that’s right; it was added in 2014) a hashtag is ‘a word or phrase preceded by the symbol # that categorises the accompanying text’.

No one really knows how the symbol was first created, but it first came in to tech use with the birth of touch tone phones to indicate different strings of numbers on automated customer service systems. #Exciting

The hashtag’s grand debut on the Internet was in Internet Relay Chat (IRC) – the system which Instant Message platforms are based on, including Twitter, Facebook Chat, and WhatsApp. With thousands of users, there needed to be a way of identifying different channels, or groups. Harking back to days of the touch tone phone, the hashtag was given the job. #WaitForIt

When Twitter came along, Chris Messina, a social technology expert and long-time user of the IRC, suggested that the # be used to gather, categorise, and index discussions. The rest, as they say, is history.

Incidentally, the founder of Twitter, Evan Williams, apparently didn’t think hashtags would catch on because of their technical approach. He was fired in 2011. #Awkward

The main way of categorising content on Twitter, making it searchable, the hashtag has found its way on to most social media channels. Yet even as most people have come to know what they are, many people still don’t understand how to use them to their full potential. #UhOh #FauxPas #NoNeed #UseProperly

If you manage any client social media channels, understanding hashtags is fundamental. Here’s a helpful rundown of hashtag do’s and don’t’s:

There’s a reason that hashtags have become so insanely popular – it’s because they work for several reasons; they’re catchy, they’re easily transferable across mediums (social, print, even everyday speech), and they can deliver a key message or theme in a few short words. From a business perspective, they are also a highly useful tool when it comes to analysis. By exploring which of your hashtags generate the most engagement, you’ll gain a deeper understanding of the types of audiences that are showing a interest in your products or services, and therefore who you should be targeting.

The more specific you are with your hashtag, the more targeted your audience will be. For example #vwvan is more likely to attract VW campervan lovers than just #van. Whilst it might seem like targeting a wider audience is more advantageous, in fact, by pinpointing a smaller, more niche audience you are more likely to capture an audience that already has a deeper interest in your product or service and who are far more likely to engage and convert.

They may all look the same, but hashtags have a very different function depending on which platform they are being used on. For example, on Instagram, hashtags usually refer to the content on the photo, rather than an overall theme as they do in Twitter. Most social channels have a guide on how to use hashtags in your content – the time invested in research will pay off in engagement further down the line, so make sure you read up.

If you’re posting or tweeting on behalf of a client, then hashtags shouldn’t contain the brand name. Instead, they should represent what the brand stands for and what this means. Here are some great examples of brands doing it right (as well as some clangers to show what not to do).

5. Don’t use too many characters

Using too many characters can put people off using a hashtag, even if it is super targeted. Keeping the length down can also have the same effect, if you try and be too quirky. The rule here is to Keep It Simple, Stupid.

More hashtags than words in a post is a big no-no. It’s common practice for Instagrammers to add as many hashtags as they possibly can to an image (up to 30 !) but it is not best practice. It might earn more views in the short term but it attracts spammers, it dilutes the message at best, and at worst, comes off as desperate. 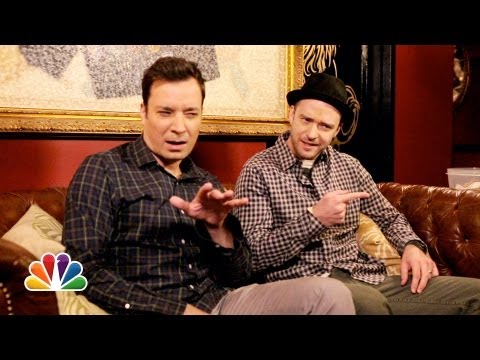 If you do still feel the need to add a shed load of hashtags to your Instagram caption, do so at the end of the copy to ensure you audience can access the important messages in your post first. Also avoid littering hashtags throughout your main copy too. It might seem like a #sweetidea at the time, but #asyoucansee, it #makes it rather #difficult for users to read, detracting from your overall #ux and could put #audiences off completely. #notwhatyouwant #marketingfail

A succinct, easy-to-remember hashtag is key to getting people to engage. If it’s catchy too, then that’s a bonus, however the best ones sum up in a word or two what the content is about, what you want people to do, or capture something relevant to your audience. Edge Shave Gel’s 2010 campaign is an oldie, but a goodie.

Social media has evolved and so have audiences. Knowing how to use hashtags is fundamental to creating a following and encouraging engagement on social media. More than 70% of consumers are motivated to explore new content when hashtags are present, so make sure you nail it.