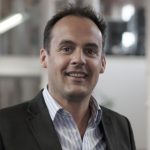 You cannot avoid the hype surrounding the future of mobile search – it has been one of the ‘hot topics’ for a while now but most are still grappling with how to embrace the phenomenon and what implications it has for website owners.

I was on the train going to the (excellent) e-consultancy online marketing master class and had agreed to meet a friend in the restaurant car for a fat breakfast.

That alone was an interesting experience and one that I had never done before (the 50 min journey into London never seemed long enough to warrant the eye watering costs of eating on the train), nor am I likely to do again as the restaurant service is being axed as part of a credit crunch culling process at National Express East Anglia.

The carriage was full and, unsurprisingly, the majority of my fellow breakfast eaters were business travellers.

Other than eating, the thing to do was clearly to be frantically busy catching up on emails and there were definitely more blackberries than there were blueberry muffins.

What struck me, however, was that almost everyone seemed to have two phones. One gentleman even had three!

It seems as though the blackberry (or similar handset with keyboard such as the Nokia E71) is the clear weapon of choice for emails but everyone seemed to be carrying another handset as well. It would appear that the ultimate handset does not exist.

What interested me the most was that one of the handsets in use was the Nokia 6310i, pictured above. I used to have this phone. It does almost nothing except be a phone (which it does extremely well). The fact that the gentleman in question is still using a 5 year old handset shows that a phone that works well as a phone still has an extremely important role to play and was chosen in preference to the converged handset that does a million and one things, but isn’t actually a very good phone.

This brings me on to the core message of this post and the underlying reason that I still have doubts regarding the potential of the mobile platform.

A phone is a phone and I doubt that we will ever be able to use a small handset for ‘real’ online interactivity. I have used some of the best handsets available, with excellent screens but the experience is still a poor one when compared to using a ‘normal’ computer.

This is also why I believe that the over-hyped potential of interactive TV has never materialised – interactivity can improve the user experience, but only when it is directly linked to the broadcast (e.g. selection of broadcast stream to watch). The fact of the matter is that trying to do your online banking on a television just does not compare well to using a PC.

The majority of people have a television and the majority of people also have a mobile phone, which is why the potential they offer is massive. The physical limitations of the handset will, however, always be the barrier to mass usage of some of the interactive applications that are heralded as the future.

We are definitely more mobile in this day and age, but I do not believe that using a laptop tethered to a mobile phone or using a dongle really constitutes ‘mobile’. Yes, the mobile networks allow us to access the internet but the implications for a website publisher are no different to a laptop user sitting in an office with an ethernet cable plugged in.

My personal belief is that there will be explosive growth in localised searches (e.g. where is the nearest pizza restaurant to where I am now?) but that mobile search is a red herring for the majority of website publishers.

The limitations of the handsets will prevent us searching for our next holiday (imagine filling out the booking form on a phone…) or looking for a mortgage.