The latest state of paid search report from The Search Agency shows strong growth in impressions (up 37.1% YoY), clicks (up 16.2%) and advertiser spend (23.1%) across Google, Bing and Yahoo!

Without wishing to over analyse what those numbers say (other than the increase in CPC is helping line the search engines’ pockets despite a drop in CTR), it is especially interesting to note that mobile devices account for more than one third of all clicks across the Google network.

It should be noted that this does include tablets, but maybe this finally is the year of the mobile?

2) The agonising death of keyword data

I mentioned the announcement regarding the encryption of all searches towards the end of September. We have been seeing the inexorable rise of (not provided) across all client accounts but Parse.ly’s monthly authority report shows this rise in all its glory (?) and gives it a nice label – ‘dark search’:

Roland offered his 10 tops for gaining more twitter followers last week. Lots of good ideas and well worth a read, but I am thinking about offering the mighty Paul Gascoigne (AKA Gazza) a job as has done more on Twitter than most self -professed social media gurus.

Not only has he amassed over 345k followers in a matter of days (it was 250k in 6hrs!), he has shown his cheeky side by responding to rumours about his death with 3 superb tweets:

Probably not dead then…

OK, so maybe he won’t be interested in a job here at Browser Media. #standupcomedycareer

Aside from a bit of a bodge of the Google Analytic code on the holding page, it is interesting to see such a drastic action and it had the digital marketing world in a frenzy discussing the possible implications of the move.

My take on it? They will have no doubt lost revenue whilst the site was down, but I suspect they will have gained a lot of respect from ‘normal people’ (not to say that us digital marketing folk are all oddballs) and I would expect them to have done a pretty good job of attracting new links…

I had a flashback to the days when I wasn’t old, bald and fat and found myself in @fabriclondon last week for the Marketing Frenzy party.

I have clearly been living in a cave for too long as I saw / heard / gawped at the amazing @beardyman for the first time.  It is hard to describe what he can do with his voice, a microphone and some fairly mental tech but it was superb. A thumping sound system such as Fabric’s certainly helps, but it really was impressive.

So impressive that I found myself firing up YouTube when I got home to watch more. The guy has a serious, albeit odd, talent and is definitely one to go and see if you can. A lot of the YouTube videos have some fruity language, but here for your viewing pleasure is a clean demo of what he can do, as presented at TED Talks: 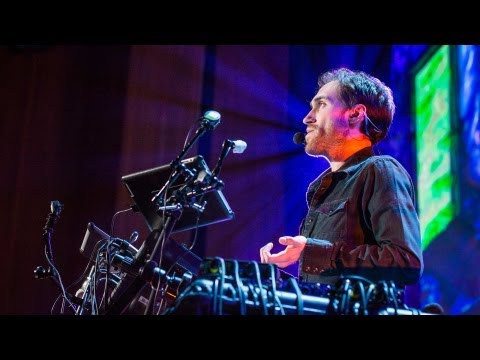