Thursday 2 December was Spotify Wrapped day. It gives users an overview of what they’ve been listening to over the past year. By clicking on the Wrapped banner on the dashboard you get a definitive list of your Top 100 most-listened to songs as well as other insights such as how long you’ve spent listening to music and podcasts and what new artists you downloaded. Unfortunately, the platform was beset with problems yesterday and users took to Twitter to complain.

One of my colleagues, who shall remain nameless, has amassed a staggering 50,000 minutes in 2021 – the equivalent of listening to music non-stop for over a month.

More up my street are the throwback albums:

It’s also possible to identify social trends on Spotify: vaccination playlists started to emerge and ‘Music for Plants’ grew 1,400% during the pandemic.

2. Redirects after a site move

This week Google tackled the question – how long should 301 redirects remain in place after a site move?

A year is the minimum amount of time recommended by the search engine. This is because Google only crawls some pages fairly infrequently – sometimes less than once a month – and so for it to register that a page has moved and has a new URL, it needs to revisit it at least a couple of times. Given the crawl rate of different sites and pages will vary, it makes sense to leave it at least a year to make sure Google really understands what’s going on.

Google also reiterated that a year is the minimum amount of time – there is no maximum, so feel free to keep those 301s in place for longer.

In other Google news, the search giant has updated its reviews help page in the Google Business Profile support area to say that Google values both positive and negative reviews.

“Reviews are useful for potential customers when they’re honest and objective. Customers find a mix of positive and negative reviews more trustworthy.”

Many businesses have fallen victim to previous employees or competitors posting harmful reports. Google has always had a policy that if a review doesn’t follow its guidelines, the business owner can request that it is removed but, in reality, this can be difficult to prove. In these circumstances, it was usually best to try and gain more positive reviews to outweigh the damage done by the negative but it looks like there is less room for out and out panic now.

Kevin the Carrot has been crowned the king of the Christmas ads by Kantar research. The agency took 24 of the UK’s Christmas ads and ranked them most to least effective based on consumer research and facial recognition.

Aldi’s take on a Christmas Carol, starring Marcs Rashford as Marcus Radishford is a particularly heart-warming moment and earned the supermarket top marks in four out of five key measures.

After Aldi, Coca-Cola, was in second place followed by Lidl and M&S – the latter also basing its ad on its Percy Pig character.

According to Kantar, 35% of people feel that family and friends should be at the centre of this Christmas and these ads reflect that sentiment. 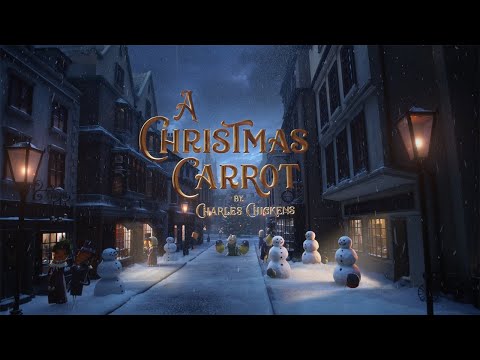 5. Christmas lights for the visually impaired

The city of Madrid has announced that it is launching an app, Navidad Accessible (Accessible Christmas), to help visitors with visual impairments enjoy the Christmas lights like everyone else.

There are 31 different iconic sites included in the app which are connected by four different guided routes. When the user reaches one of the locations, the app activates and plays an audio description of the scene, what is being represented, the colours, and the sensations they transmit.

The system was developed by professors and researchers from Carlos III University of Madrid.

A wonderful example of #techforgood to ensure everyone can enjoy what many of us take for granted this Christmas.