Back in the day, the scholarship approach to link building was a classic technique employed by many SEO agencies (not us!), especially for law firms in the US.

The tactic was a simple one: law firms offered a scholarship and built a page to tell prospective applicants what they needed to do to get their mitts on the money – usually an essay or dissertation of some sort.

Then they emailed a long list of universities, many of whom put a link to the scholarship programme on their website for their students to see.

Of course there was some benefit in the PR itself but the real gain was the links built on .edu sites. The law firms saw their domain authority (DA) soar and no-one was hurt in the process. Until now.

Google does not and has not ever liked cheap link building techniques and the scholarship tactic has been done to death over the years, which seems to have pushed the search engine too far. Instead of simply ignoring the scholarship links, for the first time, Google has hit one company involved with a manual action penalty for unnatural links and specifically cited the .edu/scholarship-opportuities URL as the problem.

All Facebook and Instagram users will soon be able to decide whether or not they display the ‘like’ counts on their own updates as well as on public posts in their feed.

The company said, “You may have noticed that we’ve been testing hiding like counts on Instagram for a while. Today, we’re announcing that everyone on Instagram and Facebook will now have the option to hide their public like counts, so they can decide what works for them.”

Instagram started testing this experience pre-pandemic but put it on hold last year. The idea is to ‘depressurise’ the platform and reduce some of the stress and competitive nature of social media. In a nod to the mental health issues surrounding social media, the owners are shifting the emphasis to be about meaningful interactions and connections instead of counting likes and followers.

Pinterest has reported that it handles 5bn searches per month from its 478m active monthly users, putting it ahead of Twitter and LinkedIn in terms of the latter. It no longer likes being defined as a social media platform but instead prefers to align itself with Google, describing itself as a ‘visual discovery engine’.

With this in mind, the platform has recently shared some new insights into user search activity.

As we start to ‘unlock’ after the pandemic, searches such as mindfulness, baking and home organisation have apparently been switched for holiday destinations and outfit shopping.

Possibly conscious that as we start to frequent the pub instead of a night in with Pinterest, the platform may lose some of its user-base, it has this week launched a new brand campaign: ’You just might surprise yourself’. 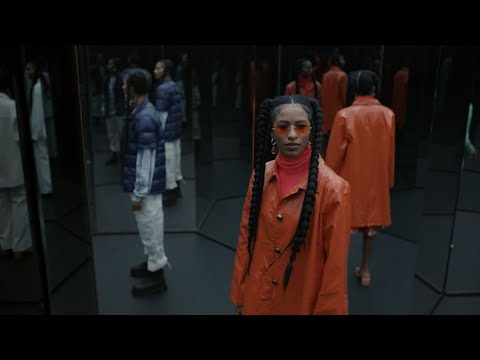 The campaign defies the perception that Pinterest is just recipes, DIY projects and wedding dresses, and instead is an invitation to invest in discovering something new.

It said: “We all know time is our most precious resource and yet we give it up so freely to things that give us nothing in return. Pinterest is the invitation to reclaim some of that time. To explore with it, experiment with it and put purpose to how we spend it.”

It wasn’t so long ago that online grocery shopping was heralded as the new big thing but there is now a growing demand for on-demand grocery delivery.

Many of the big chains already operate grocery delivery services via Deliveroo and Uber Eats, mainly driven by pandemic demand. Some, such as Sainsbury’s, operate their own service (called Chop Chop) and other independent start-ups are also getting in on the act.  For example, Weezy is a superfast grocery delivery service in London that promises to be on your doorstep in less than 15 minutes. It received £15m in funding earlier this year.

Tesco has largely stayed out of this bun fight to date but this week announced the trial of a new rapid delivery service in Wolverhampton which will allow the supermarket chain to deliver groceries to customers within the hour. Called Whoosh, it delivers by bike, moped or car for a £5 fee. Bostin’!

In what was an explosive week for British politics, Dominic Cummings made many jaw-dropping statements about Prime Minister Boris Johnson and the way in which his government handled the pandemic.

In a rather bizarre reference, he compared his Teflon-shouldered ex-colleagues with the Spiderman meme.

And immediately the internet was awash with mock-ups. Thanks to @flossiebeasley for this beauty:

I think this is what Dominic Cummings meant when he said SpiderMan meme… #CummingsEvidence pic.twitter.com/brhwC0aw8i