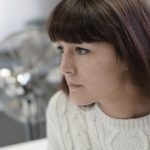 Over the past few months, there has been a load of hype about Clubhouse – an audio-only, social media app that allows its users to host or listen in on live discussions, podcasts, and events. You might even be in a ‘room’ with celebrities like Oprah, Kevin Hart, Drake, Chris Rock, or Ashton Kutcher – woah.

Clubhouse has so far, only been available to iOS users, and is invite-only, making it feel all exclusive and only for important people. Which is probably why it’s been so hyped.

Twitter has obviously been keeping a close eye on Clubhouse and is now opening up its open live audio chat rooms, known as ‘Spaces’ to Android users.

Android folks, our beta is growing! starting today you will be able to join and talk in any Space. SOON you’ll be able to create your own but we’re still working out some things. keep your ? out for live Spaces above your home tl

While still in beta, and previously restricted to select iOS users, Android users can now join in and have a natter, though for now, they cannot create their own Spaces.

Why is this important? Well, for one, Clubhouse isn’t available to Android users in any capacity, whereas Twitter has already got the ball rolling. Also, there have been some worrying stories floating about this week relating to Clubhouse – especially around the privacy, security, and safety of its users (or complete lack of).

“Clubhouse requires users to sign up with phone numbers, and also requires access to users’ entire phone contact lists to send out invites to other people. As the app is still invite-only, this forces people to share their contact lists if they want to invite their friends or colleagues to the platform.

With full access to your contact list, and with a database matching phone numbers to Clubhouse accounts, the app both prompts you to follow users whose phone numbers are in your phone and “lets you see which of your friends are on Clubhouse” — even if those “friends” don’t have clubhouse accounts in their real names.”

If you’re thinking about signing up to Clubhouse, I’d recommend you read the rest of this excellent article from Mashable first to find out more.

2. An end to those ads that make you remember those shoes you looked at ages ago but didn’t buy because they were expensive but hey, why not now, they have 20% off, treat yourself

I’m sure that you’ll be familiar with the concept of remarketing ads (AKA retargeting). The main way in which they work is through third-party cookies.

To give you an example, imagine you went on a footwear site and saw some sick trainers but they are £100 and you need money for other things like food, so you don’t buy them. But then, it’s payday. Now, you probably forgot all about those shoes. Or you did, until an ad appears on another website, showing you those EXACT shoes you wanted, and hey, now they have 20% off. So, you click that ad, and you buy those beautiful shoes, feeling all pleased you got them at a discount.

In this scenario, it seems everyone is a winner. You get some lovely new trainers, the retailer gets your hard-earned cash. And the ad platform (Google Ads) gets revenue because you clicked on that ad. This all happened because when you first visited the site, a third party cookie dropped which provides advertisers with a method of remarketing its products to you with very, very, very targeted ads.

So, with all that in mind, why did Google decide to get rid of third party cookies, and go on to announce this week that there is no plan to replace them with something else?

It’s all about privacy, apparently. But this does mean that ad targeting is going to become far less efficient, and effective. And probably more expensive. Wahoo!

Instead, it will be driven by something that sounds like it’s come straight out of Star Trek called “the Federated Learning of Cohorts (FLoC) API”. Apparently, it groups people with similar interests into ‘cohorts’ so that advertisers can still serve relevant ads while providing a degree of individual privacy”. Wut.

3. SEO poisoning demonstrates why you should think before you click

Hackers are exploiting the Google SEO algorithm with Gootloader, which uses malicious SEO techniques to position itself at the top of search results. It does this by accessing the CMS platforms of legitimate websites and takes advantage of weak security, compromised passwords, or vulnerabilities in plugins and add-ons to get full control. Once they’re in, the hackers create a webpage (typically resembling a forum/message board) that appears to provide a perfect answer to the matching search query, posted by the admin, that can be accessed via a link. But guess what? Click the link – and now you got Malware.

Added to this issue is that the hacked websites seem to have no idea that this is going on.

In terms of what you can do to protect your site, and your users from falling victim to this new and sophisticated attack:

4. The love/hate relationship with influencer marketing

Well, it was a big whoop for the bloke who made it. After a friend told him that she had posted what looked like his furniture, which was confirmed by her name appearing in his order details, his wife convinced him to reach out to her. And being a good egg, not only did she respond, but she also offered to make a video of the product and this time include his company name and details in her post.

The result? The company Instagram page shot up to 2,500 followers overnight, he’s had requests from other celebs and influencers, and he’s getting several orders a day just through the app alone.

On the flip side, another Love Island star and mega influencer, Mollie-Mae Hague was in trouble with the UK’s advertising watchdog again this week for allegedly not following the rules of an online prize draw competition. She claims that of the 1.2 million people who entered, the winners were chosen at random, but after a whopping 12 complaints to the Advertising Standards Authority, this is now being investigated.

5. My fellow Millennials. Stop it.

Over the past few weeks, a war has been building online. A war that is so tedious and pathetic, I didn’t really want to put it in, but I will, because I need you to all feel that pain in your cringe-pipe like I did.

Here’s what happened. Gen-Z was all like ‘skinny jeans and side partings are lame’. And Millennials were like ‘No they are so not, ugh you kids are idiots I will die before I listen to anything you have to say’. And then this went on a bit longer with both demographics posting TikToks at each other about using the laughing emoji and cancelling Eminem which honestly, Millennials, is not a good look for you.

Especially when you do this.

i am losing it to be quite frank pic.twitter.com/pKUGFluxlb