1. Does adding keywords in a domain impact SEO?

In a recent video, Google’s John Mueller has put an end to an ongoing debate by confirming that there are no ranking benefits in having keywords in a site domain name. The specific question that was addressed in the video is ‘Does a .jobs domain improve ranking in Google for jobs?’ to which Mueller responded:

In short, no. You don’t get a special bonus like that from having a keyword in your top-level domain.

While this does contradict a range of ranking studies that can be found online, it’s interesting to note that Google’s official messaging is having a keyword in a domain has no impact on rankings for that keyword. 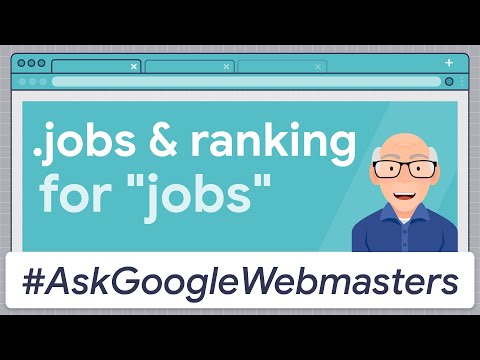 At their Facebook Connect event that took place throughout the week, Facebook provided an overview of the AR and VR technology it has in its works. The major announcement of the event is the new Project Aria smart glasses that are currently being tested.

“Imagine a pair of glasses that add a 3D layer of useful, contextually-relevant and meaningful information on top of the physical world. Such a device could help us perform everyday tasks better — like finding your keys, navigating a new city, or capturing a moment; but it could also open up an entirely new way of moving through the world.”

The first step in this process is Project Aria. Their initial prototypes won’t provide an AR overlay but instead will be research devices helping Facebook to gather information for development. The second stage is creating consumer AR glasses, which are already in the planning phase. Facebook has partnered with EssilorLuxottica, the makers of Ray-Ban to create branded smart glasses that are due for release in 2021.

Check out the below video to find out more about Project Aria:

The growth of TikTok has been incredible with the app generating “the most downloads for an app ever in a quarter” in Q1 2020 – probably due to everyone being stuck inside. TikTok now has over 800 million active users, and as a result, other platforms are looking to get in on the act.

This week YouTube has announced the launch of Shorts, a new feature that looks very similar to TikTok. First launching in India, YouTube Shorts is described as:

“A new short-form video experience for creators and artists who want to shoot short, catchy videos using nothing but their mobile phones.”

Some of the main features that Shorts offers are; creating videos of 15 seconds or less, video editing tools, stitching shorter clips together, and including music from YouTube’s library.

This all sounds very similar to TikTok but it will be interesting to see if the new feature generates the same level of hype! *My guess is probably not… see Facebook Stories*

Although you probably don’t want to admit it, summer is all but over and it’s time to start planning for the holiday season. It’s safe to say that 2020 hasn’t been the best of years, with not a lot of chance to celebrate, but fear not, the festive season could save the year.

To help plan for what is often a hectic time of year, Twitter has launched its holiday hub, a mini site that hosts a collection of helpful guides and resources including a marketing calendar with key dates, advice on what to tweet throughout the seasons, as well as some of the top hashtags.

Be sure to check it out when planning your social media activity for the remainder of the year.

5. Is there anybody out there?!

Earlier this week Astronomers detected gas in the atmosphere of Earth’s closest neighbour, Venus, that could indicate signs of life. As someone who has always been fascinated by space, this could be a huge discovery.

While this discovery doesn’t indicate that there is 100% life on the planet, it does raise some interesting questions. Are we really alone in the universe?!?!