After completing a round of closed beta testing over the past 12 months, Google has announced this week that its new ‘Swirl’ 3D ads are now available to all Display and Video 360 customers. The new ad type allows advertisers to utilise 3D interactive formats as part of their ads.

As explained by Google:

“Swirl lets consumers engage with a product like it’s right in front of them by allowing them to rotate, zoom and expand the creative in the ad. Swirl ads allow brands to illustrate changes in behavior, new technology performance, unique product features and more.”

While, of course, these ads look great due to their 3D nature, and they can deliver fantastic results, unfortunately they aren’t as accessible as Google suggests. On paper, they are available to all Display and Video 360 customers, however, creating these ads can be a complex task that requires a significant investment and technical ability.

The opportunities these new ‘Swirl’ ads offer are huge and they could become the new norm as more and more brands adopt the new technology. It’s certainly something to keep an eye on in the future.

There has long been criticism of the way Facebook combats hate speech on the platform, something many brands are now taking a stand against. In mid-June, a number of civil rights organisations came together and called upon brands to “hit pause on hate” and stop advertising on Facebook in July. As of 7 July a public Google Drive spreadsheet listing all businesses who have joined in the campaign now contains more than 1,000 businesses.

It’s estimated that Facebook made over $70 billion in revenue from ads last year, which is why the campaign is focused around boycotting advertising on the social network. The campaign started to pick up some serious momentum recently with big brands such as The North Face, Unilever, and Sony joining the movement.

Facebook executives met with the organisers of the campaign earlier this week, however they were said to be disappointed as the social network did not provide clear answers. Only time will tell if this campaign has been a success.

3. There’s a new captain in town

Everyone’s favourite frozen goods brand Birds Eye has replaced the beloved Captain Birds Eye on it’s packaging for the first time in the brand’s history. The brand partnered with Iceland to run a competition to give their customers a chance to feature on the limited edition version of the brand’s packaging.

The aim of the competition was to promote the benefits of frozen food to combat the £118m of food that is wasted EACH WEEK in the UK. Entrants needed to highlight the best ways to make the most of the freezer in order to cut back on waste and reduce your households weekly grocery budget. Winner Charlotte Carter-Dun will now be the temporary new face of Birds Eye, what a lucky girl!

The Guide Dogs charity’s recent campaign put a focus on the visually impaired by exploring life hacks aimed at helping the visually impaired live an independent life. Research carried out by the charity found that 70% of adults with sight loss don’t receive any help or support within the first 12 months of their diagnosis, something the campaign hopes to tackle.

Overall the campaign consisted of a number of videos including how-to guides, a series of vlogs with Lucy Edwards, as well as content for the Guide Dogs’ own social channels. The campaign raises awareness of what is a serious and very surprising issue, so it’s easy to see why it was such a success.

Check out one of the hacks below: 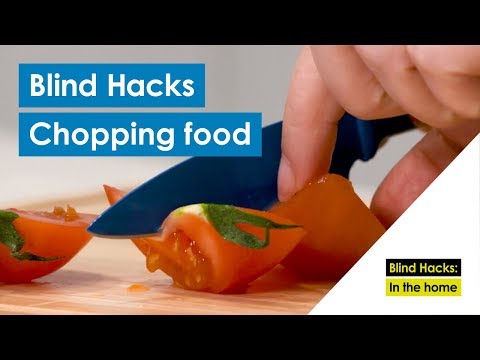 This week I came across an absolutely brilliant thread of cats getting “high’ on catnip and quite frankly it was too good not to share. Below are some of my favourites that are guaranteed to brighten up a Friday afternoon.

I planted catnip, this is what grew up. pic.twitter.com/V4yQQyNPs7

I can’t stop laughing at this! This girl made some catnip tea for her cat ? pic.twitter.com/iOCvE1LQ69