Google is changing the way it handles featured snippets and it could impact on companies’ organic traffic results.

Google remains true to its word and so in the example above, the Money Advice Service is now in position one, page two of organic rankings.

The problem is that featured snippet content can be read within the SERP result itself, so it doesn’t send as much traffic back to the content creator, as a high natural ranking.

Is this Google pushing more brands towards paid ads, is the search engine punishing companies who rank well, and who will be the winners and losers? I wrote in more depth about the rule change in Featured snippets here.

Google has updated its developer handbook with some guidelines pertaining to its mobile-first indexing.

‘Mobile-first’ essentially means that Google will consider an organisation’s mobile-friendly site as its primary version. If you have a responsive/dynamic site, you only need to check that the mobile experience (load time, navigation etc.) is as good as the desktop, because the content will not differ based on the device being used.

For site owners that have two separate sites, the challenge is in ensuring that the mobile site is as good as the desktop and mirrors it as closely as possible.

Separate mobile sites may need to be given some TLC as Google has already warned that a lack of mobile-friendly experience could have a negative impact on rankings. Heed this new advice from Google now or expect a bit of a hit when the next algorithm update rolls out.

The next entry is included simply because it’s a job well done. 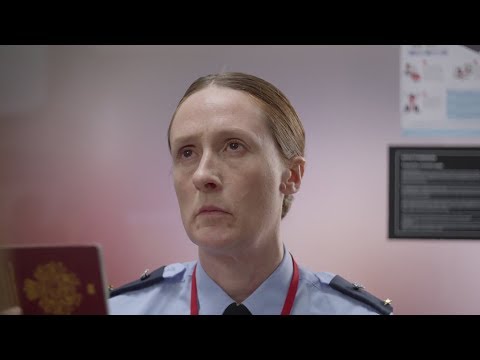 In its latest multi-channel campaign, HSBC put the focus on belonging and invites us to consider where we’re from. It’s fronted by Richard Ayoade, British actor and comedian, best known for playing socially awkward IT technician Maurice Moss in Channel 4 sitcom The IT Crowd.

The advert invites us to think about whether home is where we were born, where we were raised, where we live now or where our heart is, concluding that people tend to identify with wherever they feel most at home.

It could be an ill-disguised Brexit message as B-day looms next week, but it works on so many other levels about the UK being welcoming, about standing together, and celebrating our diversity, that it has plenty of other ‘get out’ clauses if it needs them: HSBC’s previous ‘we are not an island’ campaign raised eyebrows at the end of 2019 and is referenced in the new ad.

Netflix has topped YouGov’s table of Buzz Rankings, having the highest score of all UK brands over the past 12 months.

The score is calculated by asking Joe Public if they’d heard anything positive or negative about a brand over the previous two weeks, and the negative responses are then subtracted from the positive to create a net score over the course of the whole year..

Netflix stole the crown from Aldi, who had been in position since 2013 and now sits in second place, comfortably ahead of Lidl.

Northern Rail is ranked as having the most improved Buzz Score of the year but this is deceptive as some brands can improve greatly but still have a negative overall score, showing that public perception remains poor.

Only Greggs, Netflix, and Cadbury managed to build on positive buzz from 2018 – with the former benefitting from its vegan sausage roll campaign and increasing its total score by 5.4. Whether it can recapture the meat-free magic in 2020 with its vegan steak bake remains to be seen.

Innocent drinks (just about) styled their way out of a bit of a marketing debacle on Thursday morning when they released an innocuous looking flowchart aimed at promoting the company’s new dairy-free range.

The flow chart wasn’t much to look at but had the twittersphere debating all sorts of alternatives to cereal toppings – mainly custard – instead of the new dairy free drinks . And the typo didn’t go down well either.

The company did fess up and admit that the flow chart wasn’t its finest moment and quickly produced a new version which basically covered up all the erroneous areas and just directed people towards the product.

It did however cause Innocent to relive another marketing ‘moment’, when it discussed ‘conker’ milk, which caused quite an outcry as horse chestnuts are known to be poisonous.

Discussing conkers and custard for breakfast was probably not quite how the marketing team thought they’d spend their day! The Twitter thread is quite an amusing read.