If there was ever any doubt about the global dominance of Facebook, a new report from app analytics firm App Annie has highlighted the sheer size of the company. According to the report Facebook owns the top four most downloaded apps over the past decade.

While it’s not a huge surprise that those four apps are the top downloaded mobile apps from the past decade, the fact that they are all owned by Facebook puts the size of the social network into perspective. One thing from the report that did surprise me was the popularity of TikTok. Of course, it’s obvious that the app has grown massively in popularity recently, but the fact that the seventh most popular app of the past ten years was launched at the end of 2017 shows the scale of its popularity. Ranking above both YouTube and Twitter, TikTok is definitely a platform to watch in 2020.

App Annie also takes a look at the top downloaded mobile games of the decade. Check out the full report here.

2. Yet another brilliant advert from Nike

Who could forget this absolute classic? 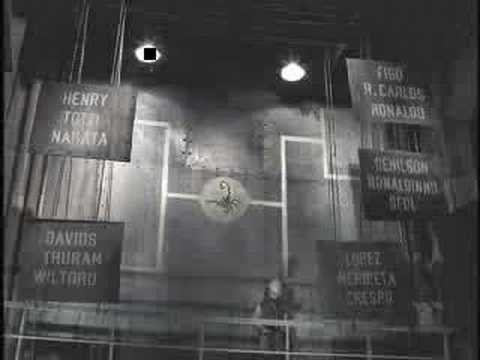 Well, this year is no exception as they’ve teamed up with England and Manchester City star Raheem Sterling to portray an inspirational message for the next crop of players coming through the ranks. The advert follows Sterling as he achieves his childhood dreams and returns to his hometown where young players are chasing the exact same dream. It’s a fantastic way to show the human side of football players and highlight that they all just started as a young player with a dream.

Check out the full advert:

AR filters and technology is nothing new on Snapchat, however, the platform is now trialling a new ‘Snapchat Scan’ ad, that will enable users to ‘scan’ a company’s logo in order to unlock a unique, branded AR experience. Users will then unlock a new experience tailored to that brand. This could provide a new way to offer discounts and promotions to a specific audience.

Currently, McDonald’s and Coca-Cola are the only brand partners with this technology available but it will be interesting to see how Snapchat progresses this feature.

4. Whistle while you work

The decision to listen to music while working is an ongoing debate with thoughts on how certain music can boost your mood being argued against by those who feel it can be distracting and reduce productivity. Personally, I couldn’t imagine not listening to music while working, plugging in headphones and getting locked into a task is the best way to get stuff done. This LinkedIn thread explores the arguments on both sides and looks specifically at how different types of music can impact your mood. It’s definitely worth a read, even if it’s only to quietly judge other people’s music choice.

What side of the fence do you sit on? Do you need silence while you work or do you need music to get you going?

In a previous My Five in early November I mentioned the #TeamTrees initiative that was set up by YouTuber MrBeast. The aim was to plant 20 million trees before 2020 with every dollar donated towards the cause resulting in a tree being planted. The initiative blew up on social media with a number of huge names getting involved, Elon Musk and Tobi Lutke to name a few.

Earlier this month, the target was smashed – just under two months after it’s launch! Over $20,000,000 was been donated and the total keeps rising. Find out more about #TeamTrees or donate here.