The hashtag DeleteFacebook was trending this week as it was revealed that the head of Facebook, Mark Zuckerberg, has held meetings with conservatives politicians, in secret.

Zuckerberg wrote on his own Facebook page: “There’s some press today discussing dinners I’ve had with conservative politicians, media and thinkers. To be clear, I have dinners with lots of people across the spectrum on lots of different issues all the time.”

He continued by saying “Meeting new people and hearing from a wide range of viewpoints is part of learning. If you haven’t tried it, I suggest you do!”

Obviously Twitter was outraged with many people urging others to delete their Facebook accounts in uproar, using #DeleteFacebook.

Mozilla, the not-for-profit that created the web browser, Firefox, is currently collecting evidence before meeting with YouTube to discuss its “harmful” recommendation algorithm.

Anyone who uses YouTube knows that you can easily get “sucked down a rabbit hole” of video after video when using YouTube’s recommendations, however sometimes the point at which you end up can be very, very different to the place you started.

For example one worried parent said:

“My 10-year-old sweet daughter innocently searched for ‘tap dance videos’,” “Now she is in this spiral of… videos that give her horrible unsafe body-harming and body-image-damaging advice.”

If you have a similar story to tell, Mozilla wants to hear it here: https://foundation.mozilla.org/en/blog/youtube-regrets/

OpenAI has created a single robotic hand that can solve a Rubik’s Cube in just four minutes, showing just how much robotics has advanced, but apparently there is still a long way to go.

They are saying that it could still be 10-20 years until a robot could shuffle and deal a pack of cards for example, and we’re a long way off a robot being able to work in a kitchen, chopping veg, but the technology is definitely improving. 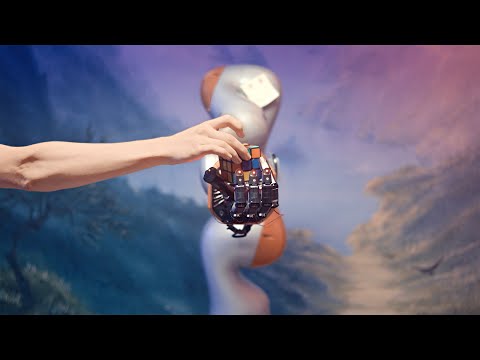 In recent years Google has been working hard to eliminate the use of pixels across YouTube (pixels are a way of tracking the effectiveness of YouTube ads). This is because these pixels can’t report on ads that appear in mobile apps, as they were designed before everyone was using multiple devices.

Over the past several years Google has been developing Ads Data Hub, a cloud-based measurement solution that gives advertisers access to information about how their ads are doing in a secure, privacy-safe environment.

Over the past year Google has been working with Nielsen, comScore, DoubleVerify, Dynata, Kantar and Integral Ad Science to move their services to Ads Data Hub, which should be complete by next year and then pixels can be a thing of the past.

Bansky, has now launched an online store, selling items such as Stormzy’s Glastonbury stab vest and a tombstone, but he’s quizzing users before they shop to ensure they are not art dealers who are planning to sell the item on for their own profit.

To do this the site asks users to explain why art matters to them and “An independent judge will examine the tie-breaker questions and select those applications which the judge finds to be the most apt and original,” it says.

“Our judge is impartial and independent, and is a professional stand-up comedian.” Adam Bloom is the comedian in question, as stated by Banksy himself.

Banksy also said: “We can’t ever weed out all the people who just want to flip for profit, but we can weed out the unfunny ones.”