Hasbro has released Ms. Monopoly this week, and it’s designed to celebrate and empower women, and teach children about the gender pay gap. 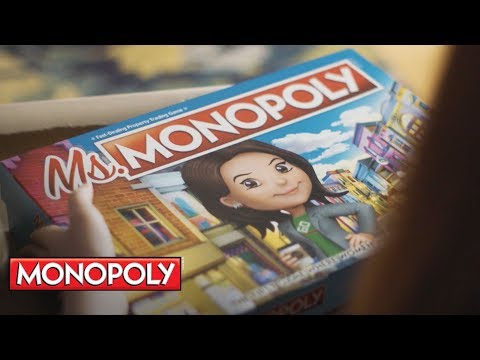 Part of the game’s launch involved the company gifting $20,580 (the amount of money in a normal old Monopoly game) in real money to help young female inventors Sophia Wang, Gitanjali Rao, and Ava Canney with their inventions.

Google announced a big change to nofollow links this week, juuust in time for the news to be tacked on the end of the presentations at everyone’s favourite search marketing conference today. The rel=”nofollow” rule prevents any SEO value being passed from one site to another to stop manipulative linking practices. But now, it’ll just be a ‘hint’, not a ‘rule’. AND we’re getting two new link attributes: rel=”sponsored” and rel=”ugc”.

Matt covered Google’s nofollow attribute update in depth for us when the news broke, but it’s early days in terms of understanding just what kind of impact this will have on SEO – if any.

3. Popeyes’ Chicken is the Shiznit

Y’all. We love that you love The Sandwich. Unfortunately we’re sold out (for now). pic.twitter.com/Askp7aH5Rr

So popular, it sold out.

But while they’re waiting to get the sarnies back on the menu, they’ve flipped the shortage on its head, and turned it into a sexy little PR Stunt: BYOB (Bring Your Own Bun).

They’re even plugging the Popeyes app – download it, and you’ll be alerted as soon as the (fully assembled) sandwiches become available.

A lot of her followers have sent her caring, loving messages. But others have questioned the morals/sanity behind taking pictures of the accident, and then MAKING THEM FIT HER INSTA-AESTHETIC BY PUTTING A GRADIENT ON THEM.

(don’t get me started on #smartwater)

I don’t know how staged the pictures are, and I don’t think I care. It’s kind of not the point. The point is that so many of these Instagram idols sell their soul for sponsors, followers, and likes, that us normies can’t tell what’s sincere anymore. Influencer marketing’s got us all screwy.

Read more about it here if you can stomach it.

Tribute Ink is the culmination of a year’s work from The Royal British Legion and the National Memorial Arboretum, documenting tattoos from people in the Navy, Army, and RAF. The idea of the exhibition is that visitors will be…

“…transported, moved and inspired by the incredible photographs and emotional stories of Remembrance that have existed in our armed forces for centuries. For those with inked tributes from their own service, we encourage you to come, explore and share your own tattoo stories.“ – britishlegion.org.uk

Interested parties are encouraged to visit the exhibition to share their own tattoo stories, submit them online, and follow the #TributeInk hashtag and see how military personnel are paying tribute to the highs and lows of military life.