1. Amazon takes a step toward inclusivity

This week, Amazon has released a new advert for its Alexa enabled Amazon Echo that shows the virtual assistant helping a woman with her ‘morning ritual’. As the ad progresses it becomes obvious that the woman at the centre of the advert is blind and is using her Amazon Echo to aid with everyday tasks that most of us take for granted. It’s a brilliant and heartwarming way to display how the smart home devices aren’t just a fun gimmick but an extremely helpful addition to the homes of those with disabilities.

Check out the full advert below: 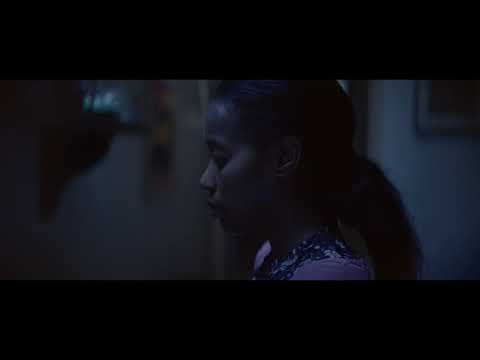 Amazon has partnered with the Royal National Institute of Blind People (RNIB) to help support training for RNIB staff on how the latest Amazon devices and features can benefit the visually impaired.

2. Is the Loch Ness Monster real after all?

The idea of a large monster living the Loch Ness has been a modern mystery since the 1930s when the infamous photo of ‘Nessie’ began to pick up the pace. However, since the photo was deemed a fake in 1934, the existence of the Loch Ness Monster has remained a mystery.

This week researchers from New Zealand have taken steps towards busting the myth by extracting DNA from water samples to catalogue all species living in the loch. Unfortunately, the presence of large animals and sharks has been ruled out, however, there was a significant amount of eel DNA found in the loch.

So could the great mystery of Nessie just be a giant eel? Professor Neil Gemmell, a geneticist from New Zealand’s University of Otago explained how the data doesn’t reveal the size of the species but due to the quantity of DNA found it’s likely the Loch Ness Monster is just a giant eel.

Personally I prefer the idea of Nessie looking like the monster from the 1969 Sherlock Holmes film.

3. Cadbury goes back to basics

In a world where big brands are constantly trying to do their part to highlight important issues, many of them often missing the mark. It’s refreshing to see a second well-executed campaign from a big brand this week.

Cadbury is working with Age UK to highlight the issue of loneliness in the older generations. While the execution is simple, they have released a limited edition Dairy Milk bar that has had all of the words removed, the idea behind it is effective. The campaign aims to get the public to donate their words and spend time speaking to an older person who might otherwise have no one to talk with. In addition to this, 30p from each of the limited edition bars sold is donated to Age UK.

Find out more and get involved here.

Early in the year, Facebook released details about its matchmaking tool Facebook Dating at its annual F8 conference. The idea behind the platform is to allow users to create a Dating profile to meet and match with other users, keeping it separate from your main Facebook page. Due to the fact, Facebook has a wide range of information on its users, including their habits and what they like, it’s believed the service will be able to provide more accurate matches.

This week the dating service was officially rolled out in the US with a number of different features, including ‘Secret Crush’ and the ability to link to your Instagram profile. Find out more about Facebook’s new dating service here.

5. Influencer becomes the butt of the joke

Nowadays we seem to be living in a world where social media ‘celebrities’ and influencers will endorse almost any product – as long as the price is right. The success of these campaigns can vary massively depending on the brand, influencer, and their audience.

This week Kyle Boen, or @stayfoxx on Instagram and Twitter, learnt the hard way that your followers aren’t always going to blindly buy into every brand deal you get as he promotes Preparation H – a haemorrhoid treatment.

Kyle uploaded the following caption and images to his Instagram page:

There’s nothing I love more than exploring the great outdoors on a good hike. It’s something I’ve always done since I can remember and always will.

Sometimes I’ve had friends who couldn’t go on hikes with me because of hemorrhoid discomfort and it was a real bummer. You also may love the outdoors but find it difficult to venture out for this same reason. Have no fear because Preparation H now comes in an easy to carry totable size.

As expected the internet didn’t let us down with their responses:

When I used to hit the trails hard, the hemorrhoids were unbearable…

Now, thanks to Preparation H Totables, nothing slows down this Fart Wolf.

Where do influencers draw the line between making a quick buck and selling their dignity?