1. Google in trouble with the EU (again)

Google has long been the most popular search engine globally, and it’s been using that clout to find new ways to line its own pockets more and more frequently. But the EU is having none of it, and has repeatedly fined Google for unfair advertising practices that crush the competition.

The most recent court case relates to Google job search, which has been dominating search results for some time, pushing job boards and local recruiters down the page.

While currently free to use, it acts as an aggregator of vacant positions on other job sites, so there is a chance that in the future, Google may choose to monetise this, as they did yonks ago with Google Shopping, and more recently with Google Hotel Ads.

It’s been reported that Instagram has been testing a Snapchat-style messaging app called Threads.

Designed to work with the Close Friends list feature, Threads will share your status, location, speed, and battery life along with standard messaging features.

While this could be helpful if your friends are always running late, or if you’ve been worried about someone’s wellbeing, there is a dark side to the application of these new features. Seeing someone has seen a message, has battery, and is at home but still hasn’t responded could stoke paranoia among the more insecure among us. It could also be used as a mechanism for abusive partners to control their significant others by being able to constantly keep tabs on them, using the data as ‘evidence’ to challenge them if they weren’t exactly where they say they would be at a specific time. Scary stuff.

Let’s be honest, most of us have banged up a decent looking photo of us on Instagram to get some sweet likes, and with it, a bit of a confidence boost. Heck, we’ve probably staged a few, particularly if we’ve been in a location worth bragging about.

Lots of Instagram influencers use the same backdrops over and over again (in some cases majorly effing up mother nature or previously quiet communities in the process). So it may have come as no surprise that Selfie Factory is now a thing. 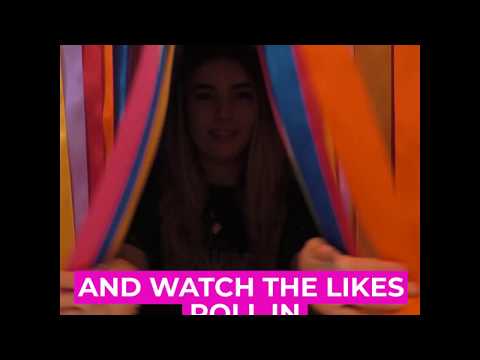 According to the BBC, for a mere tenner, you can book two hours to pose and snap away in pre-made sets within Selfie Factory. Your photos can finally look EXACTLY like everyone else’s! Yay!

On the plus side, maybe people will stop flocking to places they’ve seen on an influencer’s feed to get an identical shot now that it can be emulated in a warehouse, so swings and roundabouts, I guess.

When you look at a cocktail menu, do the naughty names conjure up literal images of what the drink is based on?

Oh hang on, so maybe they *did* think that drinking it would give them a boost in the bedroom?

Not being funny, but are there not bigger fish to fry than getting the name of a drink in a single supermarket changed when you can still ask for one in pretty much any pub or bar? Priorities, people.

But it’s not what you might think. Partnering with non-profit Ocean Polymers, the video features one of the platform’s top amateur couples getting down and dirty on an even dirtier beach.

“As of today, 12.7 million tons of plastic can be found within the depths of our oceans. What’s perhaps even more shocking, is that scientists predict that there will be more plastic than fish within our oceans in only 30 years.

Ocean pollution has grown to become one of the most significant global issues of our lifetime, and it’s only getting worse.