The internet was all a quiver at the public, mic-dropping resignation that appeared on Sheffield Hallam MP Jared O’Mara’s Twitter from one of his unhappy members of staff.

The comms manager, Gareth Arnold, used O’Mara’s own account to launch into a pretty scathing tirade about his time working with the MP, complete with a gif finale, in a thread that went viral on Tuesday night.

Instead of receiving back-slapping praise for sticking it to the man, Arnold, of Britain Furst fame, has been criticised for insensitivity to O’Mara’s mental ill health.

Perhaps not the attention you were hoping for, Gaz?

A new study into YouTube videos about the climate crisis reveals that the majority go against mainstream scientific views.

Researchers analysed the 200 most watched videos on the topic of climate change, climate manipulation, global warming, and geoengineering, and found that over half of them denied that the ‘dominant cause’ of global warming since the ‘50s is humans. But just because these videos are being watched, doesn’t mean they’re being believed, but it does call into question whether YouTube should be doing more to prioritise factual information.

Not a fan of the show myself, but I found out this week that Love Island contestants have been given a checklist compiled by the Advertising Standards Authority (ASA) and ITV to help make sure they properly declare when they’re being paid to post about products on Instagram. Apparently a contestant from a previous year got done for not using ‘#ad’ when she was posting about some make-up she was paid to promote.

And boy, do these celebs get PAID!

Hopper HQ devised an Instagram rich list, which is a kind of league of selling out, with some absolutely astronomical figures:

I remember the first time I received a product I’d ordered online that came with a little added ‘thank-you’ gift. A small rucksack from an army surplus company that came with one of those teensy bags of cola bottle sweets. I was genuinely delighted.

It’s a fairly regular thing now, isn’t it? Love hearts, stickers, badges, or just hand written notes – they’re all designed to help the online customer feel special (plus they are so #socialmediafriendly too) but this week I read that Forever 21 got it not-quite-right.

Yep, Forever 21 sent out low-carb Atkins bars with their orders to customers. In 2019. Like they’d never heard of body-shaming. Honestly, who sat in a meeting and approved that partner sample?!

Franky Zapata, a jet-ski champion and inventor (coolest CV ever?) attempted to cross the English Channel on a jet-powered flyboard. Disappointingly, he didn’t make it when he landed in the water when he attempted to refuel, but he vows to try again next week! 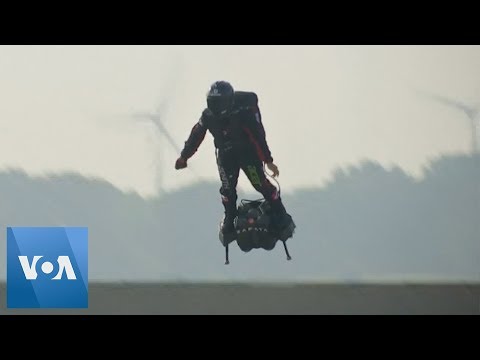