A cute and quirky marketing campaign from IKEA, the Real Life Series recreates “iconic living rooms of the most beloved families of all times” from popular TV shows with props from IKEA’s own range. And they’ve done a bloody good job:

IKEA has “grouped all the products for each room for you, so it’s easy to recreate what you see here in your own home” and while I’m not sure who on Earth would want to sit and chill of an evening with a colourful string of lights hanging over their head illuminating the Panicked Alphabet mural scrawled over floral wallpaper, I do think it’s a great example of tapping into people’s emotions to resonate with customers. And it’s entertaining even if you’re not after a new sofa.

… or rather how Apple’s handling the reactions to that price tag.

The Register has pointed out that Apple’s clamped down on copyright infringement, requesting videos for the big reveal to be taken down… if they contain reactions to the stand’s price. You can still hear it here.

Oh, we’ve had some laughs in the office this week after those of us with Instagram accounts dived into our settings to find out exactly what the advertisers on the platform are targeting us with.

Some of my best are “Plastic,” “Emotion,” “Woman,” and something called “Netmums.” #InstagramAds

Some of the suggestions are bang on the money, tapping into our hobbies and hashtags to bring us ads about football, fitness, and bird spotting. Some of them were far more hilarious, especially out of context. Here’s Browser Media’s top five:

1. Virtue
2. Skeleton
3. Quantum Mysticism
4. Names of the days of the week
5. Turkey hunting

4. A video series on SEO myths for web developers

Announced on the Google Webmaster Blog this week is a new series of videos focused on “SEO mythbusting” covering various topics around SEO “from a developer’s perspective” with the idea that SEO needs clarification: 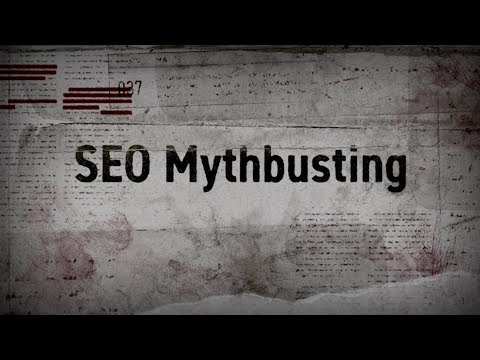 There’s already a few posted including a Web developer 101, a structured data break down, and Javascript’s relationship with SEO.

Fox tweeted footage of an airlift rescue this week after a helicopter was called to rescue a woman who was injured hiking on Piestewa Peak. The rescue didn’t go as planned, the basket she was in spun, the internet reacted – there is something about watching the video with music that makes it utterly mesmerising.

I should note that reports indicate the woman was taken to a trauma centre where she was evaluated. Apparently the spinning caused no serious effects, although she was dizzy and nauseous!

WILD HELICOPTER RESCUE: Firefighters say a 74-year-old woman had to be flown off of Piestewa Peak this morning after she suffered an injury while hiking.