Last week, Google confirmed it had (finally) fixed an indexing issue that meant it was mistakenly dropping pages from search:

The indexing issue has now been fully resolved. We apologize for the inconvenience. We appreciate your patience as we restored normal operation.

Rankings nosedived, traffic plummeted, and conversions crashed… and there’s been no official word as to why, just that it’s been resolved.

This week, Google confirmed Search Console was now being affected with the index coverage report and enhancement reports not showing accurate data. Plus the Inspector tool, which was supposed to show the true status of an indexed page, actually might not have been:

Search Console is still recovering from the indexing issue we reported on last week. As a result, index coverage and enhancement reports were not updated recently & URL Inspector might not reflect live status, at the moment.

So now we wait, in the dark, for Google to confirm this bug’s been fixed too!

2. Some of the reviews on Amazon are fake

Which? conducted an investigation into the reviews of 14 different types of tech product sold on Amazon and found that some of them might not be real.

Seems that it took just a couple of hours of looking at 24 pairs of headphones to uncover more than 10,000 reviews that aren’t tagged with the Verified Purchase confirmation – a “red flag” according to Which? as is numerous, identically-worded reviews for unknown brands arriving in a short space of time.

I’d wager that a lot of us could spot a fake review, but less savvy shoppers could definitely be misled and therefore tricked into buying crap. Which? says the investigation highlights the importance of being vigilant when buying:

Shopping around online – especially for certain brands and types of products, needs more than just a reassuring glance at an overall customer score. Taking a bit more time to confirm a product is as good as it might appear is becoming ever more important if you want to avoid potential disappointment. – which.co.uk

Just one of the merry highlights from the summary of BIMA’s Tech & Diversity Inclusion Report 2019.

Live between 30 November 2018 and 25 January 2019, the survey “explored the experience of being a member of the UK digital and technology community” with 3,333 participants, with an almost totally equal male/female split.

I’d urge you to download the report, because it does make for interesting reading, and although there is a lot of doom and gloom in the findings, BIMA does offer some ways to take action to improve things for both employers and employees about recognising the signs of depression, understanding what can trigger stress, and encouraging a kind of wellness culture.

There’s also a rousing conclusion that summarises how these findings give further impetus for supporting the industry in building strategies for change. How’s that for a soundbite?

In a press release published this week, the UK Government has confirmed that we’re going to be “the first country in the world to bring in age-verification for online pornography”.

To round up my round up, I thought I’d share the video of the beautiful, lucky pupper being rescued 220km from shore in the Gulf of Thailand by oil rig workers that’s been doing the rounds this week. 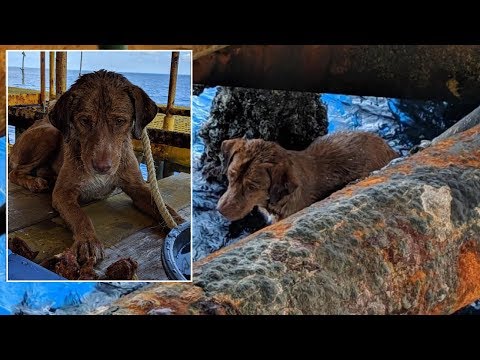 Now named Boonrod, she is in the safe hands of animal charity volunteers. No one knows how she ended up so far from home, just that she was in surprisingly good health when rescued. As if that wasn’t feel-good enough, if nobody comes forward to claim her, one of her oil rig heroes is said to want to adopt her.