This week saw a significant scientific breakthrough as astronomers have captured the first ever image of a black hole. This image is likely to help revolutionise the astronomers understanding of one of the Universe’s greatest mysteries.

The picture (below) shows a ring of dust and gas that traces the outline of the colossal black hole, approximately 55 billion km across, that is some 55 million light years from Earth. To put that into perspective, one light year equates to 9,460,730,472,580.8 kilometres and the black hole is roughly three million times the size of the Earth.

While the image could mark the start of an enormous breakthrough for science, never put it past the internet to take something fantastic and turn it into a meme.

Lush has made the decision to move away from its social media channels in the UK and instead has invited customers to contact them directly through their website, email, or over the phone. The cosmetics company has made the decision to step away from its social channels in order to increase its emphasis on influencer marketing.

Lush UK currently has a social media following that many brands would die for, with over 1.1 million followers across Facebook, Instagram, and Twitter. The decision to close down the Lush UK account, and other Lush owned accounts, comes as the company looks to switch up their marketing strategy that puts influencer marketing at the heart.

A senior Lush spokesperson explained to The Drum the reason behind the move: “You’ll start to see the rise of Lush personalities online. This isn’t a replacement for the brand channels but an opportunity for our customers to connect one-on-one with people within Lush based on the various categories.”

Will the move be a success and could we see more brands making the switch in the future? I guess we will have to wait and see.

3. Carlsberg showing love to the haters

Carlsberg has taken an interesting stance in its social media marketing this week by promoting tweets that ridicule the taste of its lager. The brand has promoted five tweets from members of the public this week as, what is thought to be, part of their newest marketing stunt.

Our generation have trust issues because we were all raised on those awesome adverts saying Carlsberg is the best lager in the world only to finally taste the shit and realise it’s like drinking the bath water that your nan died in.

It’s still unknown exactly what Carlsberg is planning but it’s definitely a brave move from the brand. We’ve seen similar stunts from brands in the past with KFC promoting tweets hating on its fries in the build-up to launching a new recipe. However, the backlash probably wasn’t what the brand was hoping for.

Will Carlsberg suffer the same fate?

4. Amazon is listening to you

The popularity of smart speakers and virtual home assistants has grown massively in recent years with approximately one in 10 people getting one over the 2018 holiday season. Smart speakers and similar devices are now a staple in homes around the world, however, there are still some questions over their security.

It should come as no surprise that your Amazon Alexa is constantly listening to everything, otherwise, it wouldn’t be able to respond to your commands. However, a report was released earlier this week which found that Amazon employs thousands of people worldwide to listen through the voice recordings from their Alexa devices. The main role of these employees is to use this data to help improve their software and eliminate gaps in Alexa’s understanding of human speech. However, as expected these employees also listen to any accidental records from customers worldwide when the devices mistakenly hear the word ‘Alexa’.

While it should come as no surprise that these devices are listening at all times, the fact Amazon is employing people to listen through these recordings is rather unsettling.

5. The return of Game of Thrones

This weekend marks the return of the most anticipated, and best programme to ever be aired – bold statement, I know!

If for some reason you don’t know the final season of HBO’s juggernaut TV show Game of Thrones is set to air this weekend. The launch of the final season provides the perfect opportunity for the official partners of the show to get their creative juices flowing and up their marketing activities.

Below are a few of my favourite ads from sponsors and partners ahead of season 8. 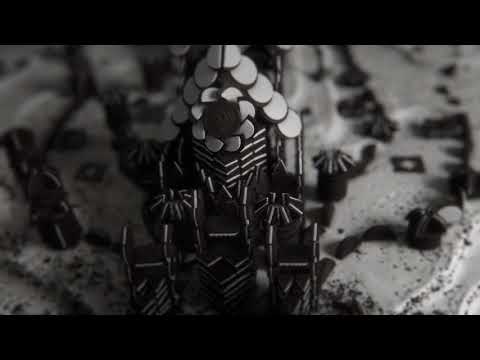 We’re just a few days out from @GameofThrones premiere on @HBO. And we got a few friends to help us celebrate @MountainDew #LetsDo #ForTheThrone pic.twitter.com/pvq6W24OPX

If you know me, then you know anything trainer related gets bonus points!