Where most companies fear to tread, Paddy Power has waded into the Brexit issue head first with a hilarious new campaign fronted by Eric Cantona. Offering Brits a chance to get away from all the Brexit noise, a video gives account holders the chance to stay in a ‘Brexit Bunker’ somewhere between England and Europe (aka the Spitbank fort off the coast of Portsmouth).

The cleverly executed footage shows Cantona enjoying a break from all the political noise and mocking some of the main players including Theresa May’s infamous dance moves, Boris Johnson, Jacob Rees-Mogg, and David Cameron.

As Cantona says, “Brexit is like Boris Johnson’s hair, he’s the only one who doesn’t think it’s a complete disaster”.

It’s usually almost impossible to get media coverage for a competition and although it’s early days, this well-timed and executed campaign may just be the anecdote to the B word the country needs right now, and in doing so will generate significant air time, column inches, social shares, and links for the betting brand. 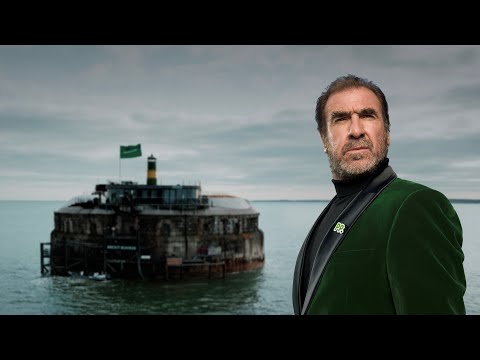 Instagram has this week announced the launch of in-app purchases where users will be able to purchase products at the tap of a button. Initially limited to 20 influential brands, consumers will be able to use the Facebook-owned app to buy products within just two taps.

The beta roll out starts in the US and no timeline has been announced about when other organisations or smaller businesses will be able to get their hands on the tech.

The launch follows a steady stream of innovation at the company which experts say has been leading up to this moment for some time.

Given Instragram is often criticised for playing on people’s insecurities and feeding a frenzy for the perfect life, body, style etc etc this looks set to be a huge revenue stream for the companies involved – especially once people have saved their payment details and the in-app purchase literally takes seconds.

Even if you’ve never been unfortunate enough to need the support of the Samaritans, it is one of those brands that people think they know and understand and that was one of the company’s biggest challenges when it came to the rebrand. Creative director, Claire Biscard, of agency Spencer du Bois, commented that the organisation has ‘multiple highly opinionated and passionate stakeholders’.

During an eighteen month period, the company set about positioning itself as being more relevant, more multi-channel (especially digital), and crucially much more than just a helpline – with early intervention being key in this mental health aware era.

The result is a fresher stronger visual, new positioning (the strapline, to ensure ‘fewer people die by suicide’, has been updated to ensure ‘fewer people take their own life’), and new connective graphics will hopefully ensure that this great organisation continues to make such an incredible difference and save lives well in to the future.

Researchers at the BMJ have found that commonly-used health apps are routinely sharing data. No sh*t Sherlock, but a study has found that these apps are not allowing users enough say in exactly what data is shared and in some cases, there is potential for it to be linked back to the individual.

It’s National Puppy Day tomorrow – woo hoo! In this industry we’re acutely aware of almost every ‘National Day’ out there. Speaking of cute, you might want to check out these dogs on Twitter. From @NICKNAKED who regularly tweets BOL (bark out loud); to @dogsontrains which is weirdly addictive; @itsdougthepug – a celebrity pug with 2.7m followers; and finally a little humour over at @dog_rates –  a rate my dog site but don’t worry, to date we’ve not seen any pooch get less than twelve out of ten.