The BBC and ITV have joined forces to launch a new streaming service in the UK named ‘BritBox’ to take on the likes of Netflix.

With many classic shows already available on channels like Alibi, Dave, UK Gold, Eden, and Yesterday, plus the boxset content already available through iPlayer and ITV Hub as well established streaming services, I was left wondering, what exactly are they going to show that hasn’t been seen before?

Not wanting to subscribe to a service full of ancient re-runs isn’t the only problem BritBox might have. According to The Guardian:

“A streaming service lives or dies by the content rights it owns, or can buy. But of the top 25 programmes in this newspaper’s best TV shows of 2018, only one, Doctor Who, was wholly owned by the BBC. Three huge BBC hits – Bodyguard, Killing Eve and Poldark – were made by independent producers World and Mammoth, and Sid Gentle.”

Unless the BBC and ITV are planning on bringing new and exclusive content to the table like Netflix and Amazon, I can’t see this one taking off.

This week, the Advertising Standards Authority (ASA) has banned a lip filler ad by a Kent clinic that targeted teenagers and their parents.

The ad claimed that getting plumped up lips was as normal as getting your hair done, so why not bring your daughter to us and we’ll bang some filler in her face?

Besides the fact that it doesn’t address that the procedure is risk-free, it was also banned due to making insecure young girls feel that if you don’t have a perfect pout, you’re a total uggo.

Here’s the full ad copy – what do you think?

“We understand, it’s concerning, but Dermal fillers are very quickly becoming as commonplace as getting your hair done these days and even more so within the younger age group. Is your daughter beginning to take an interest in lip fillers? Recently, we have seen an increase in young girls visiting our clinic for procedures such as Dermal Filler. In many cases, these girls have been brought in by their own mothers, who would rather help them find somewhere safe and suitable with experienced and accredited practitioners than simply telling them ‘no’ and letting them go behind their backs, blindly searching for the cheapest practitioner without realising the risks involved with these types of procedures.”

3. Has fake news made people question everything?

For anyone who isn’t an 11 year old boy, or a secret wrestling fan that is way too old to be watching it in all honesty (ahem, that’s me), you may not have heard about WWE superstar Roman Reigns, and his recent battle with leukaemia.

After taking a break to receive treatment in October, on Monday night, he returned to weekly show, RAW. While most fans were happy to have him back, some took to social media to raise doubts that he’d been ill at all.

Now, I’ll admit, WWE does dramatise storylines which are (to people that aren’t idiots) clearly not real life. This one was different. I found his cancer announcement slightly odd in that it was done so publicly, but the emotions on display, particularly from his co-workers backstage, were most certainly real. 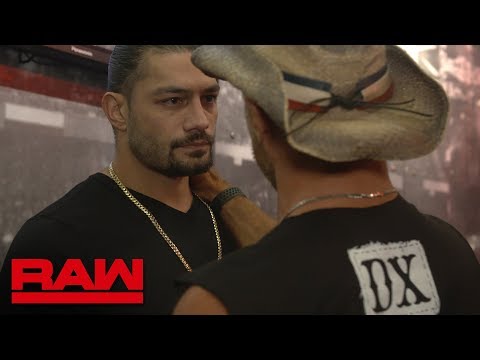 In a world of fake news, it’s getting pretty scary that someone is being accused of faking a serious, life-threatening illness to advance their career.

I’m stunned that this had to be done, but this great thread from Leukaemia UK addresses some of the common misconceptions about the condition.

Morning! In response to some of the tweets we're seeing online about @WWE and @WWERomanReigns we wanted to have a little chat about leukaemia/leukemia, relapse and perceptions of cancer. #WWE @davemeltzerWON https://t.co/iIXgrBKKz3.A.THREAD! pic.twitter.com/thhKt17gTZ

I’m pretty cynical of anything I see on the internet these days. Especially if I see it being shared with jenky screenshots by hysterical parents on Facebook and no actual evidence to support the claims other than hundreds of comments that are variations of ‘oh my god hun don’t let kids watch this is awful’.

The latest viral thing that will most definitely harm your kids that turned out to (shocker) be a load of fuss over nothing, is the ‘Momo challenge’.

Fears about the challenge soon went viral after claims were made that this creepy figure:

The Momo challenge has now been debunked as a hoax.

Anyway, while I’m not disputing that there are some proper sickos on the internet that do post this sort of malicious and harmful content, in this case, it seems as though it’s spread through a ‘moral panic’ caused by parents, which has now inadvertently exposed more children to it, as well as giving nut jobs more ideas for creating their own versions of content that will scare the bejesus out of kiddywinks.

One of my favourite lunatics on Twitter has sadly been permanently banned from the platform after admitting in an interview that he has created multiple profiles with the sole purpose of trying to influence the 2020 elections over in the US.

For those of you who don’t know him, Jacob Wohl is the king of self-owns. A pathological liar and Trump cheerleader, Wohl scammed people out of thousands of dollars before his 20th birthday, leading to a lifetime ban from the National Futures Association. He also attempted to convince the world that Robert Mueller had sexually assaulted a woman to discredit his investigation – that didn’t work out too well, either. He rose to ‘fame’ with his bizarre claims about overhearing conversations in hipster coffee shops and had a brief spat with Twitter royalty, Chrissie Teigen about who was more popular.

Anyway, here are some of his greatest hits.