At the end of last month, YouTube announced that it will “begin reducing recommendations of borderline content and content that could misinform users in harmful ways” to stop the spread of conspiracy videos like bogus miracle cures for deadly illnesses or flat Earth claims. This week, Guillaume Chaslot, once an engineer at Google, described why this could save thousands of people from falling into conspiracy theory traps:

YouTube announced they will stop recommending some conspiracy theories such as flat earth.

I worked on the AI that promoted them by the *billions*.

Here is why it’s a historic victory. Thread. 1/https://t.co/wJ1jbUcvJE

You may’ve disappeared down a “YouTube Rabbit Hole” before, mindlessly following recommended videos around the same topic, unconsciously generating ad revenue for the company, feeding into its AI, but the switch up offers an opportunity to help guide users who are obsessed with things like 9/11 conspiracy theories toward videos offering facts instead.

Chaslot’s algotransparency.org shows how easily these rabbit holes can appear.

NASA made one last attempt to contact Opportunity, the Mars Rover, this week. But after almost 15 years of service; nothing.

Twinned with Spirit, another Rover who carked it after six years, these robots were only supposed to go on a three month mission to snap some of Mars’ best angles, but both far surpassed their life expectancy with “Oppy” covering 45km during its career. And it only went and disappeared at a place known as “Perseverance Valley”.

Well, that was enough to pull at the heart strings of the internet:

Legitimately don’t understand how the heck this little robot has made me feel feelings, but it has…#RIPOppy ? pic.twitter.com/efJRqR9PnS

… But apparently it’s thinking about launching a “clarification” button.

While users often use the RT/Quote function to do this, the original tweet and the new tweet may not hold the same weight in terms of reach, where a specific clarify function would always show the two tweets together.

We’re talking very early stages, and don’t expect it to fix things if you tweeted utter garbage five years ago and now can’t host the Oscars or work on Guardians of the Galaxy, but it could go some way to help stop the spread of fake news and hideous typos.

4. The British-Irish Dialect Quiz by Americans

This is actually a lovely bit of fun. I was raised in several what you might call distinctly different areas of England, so my results were somewhat jumbled (but not wholly inaccurate), but if nothing else, I was exposed to some interesting/puzzling terminology from all around the UK:

5. Trump’s State of the Union address get the Bad Lip Reading treatment 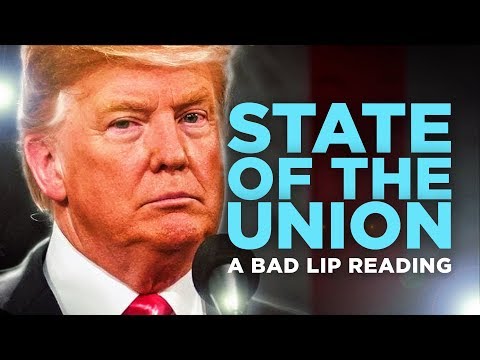 Hope I get a text about the Pizza Party too.