“Smart enough to take over the world. Nice enough not to.”

… ok, Anki. Guess we’ll just take your word for it. 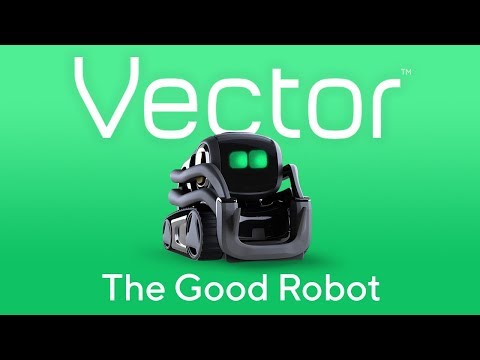 Anki is a home robotics company who reckon they’ve come up with a solution for those who are afraid of robots – a robot.

But as the launch video shows, this lil’ guy’s different. It shivers when it’s cold out, it captures heartfelt moments between you and your child, and it even gets sad when you leave for work. Plus it won’t collect and share you personal data or trap you in the house or anything. Not like those other robots.

2. Register via Snapchat to vote

Snapchat is encouraging its users to register to vote for the upcoming US midterm elections.

Available to over 18s in the US, users will receive an in-app alert and a sweet National Voter Registration Day filter. Snapchat reckons that this will help lift young voter levels, who claimed to be too busy to vote in 2014, or said they simply didn’t know how.

When I first saw this story, I thought I was clicking on an article over at The Onion. But no. No, Britain really is mailing crisp packets in answer to the #PacketInWalkers campaign kicked off by 38degrees at the end of last week.

The idea is to flood Walkers HQ with empty packets in order to get them to ditch the plastic (which they have pledged to do by 2025) using the freepost address provided on the packets.

I love me some recycling – it’s how I earned the nickname Captain Planet at Browser Media – so getting Walkers to bring forward their plastic free deadline sits well with me, but I’m not sure getting the postie to cart trash across the country is the greenest solution. Also, if it’s packed properly, and addressed clearly, Royal Mail has to deliver it, but they have to be manually sorted if it’s simply an empty bag being posted, as they can’t go through the machines used in the postal system.

4. Parting is such Sweden sorrow

It was Sweden’s way of engaging followers by getting Sweden to tell other people about Sweden. Every week a new swede would run the account, and share their stories about life in Sweden. Jacker Werner was selected as the first curator, and his honest, personal Tweets got the tech bloggers’ tongues wagging.

Sadly, Sunday night marks the end of the experiment. While Twitter’s just not what it once was, the main reason is apparently that “the geographical reach is mostly followers from the US, the UK, and Sweden” and they want to reach further; via YouTube, apparently.

They reckon they get about two a day, which they have to reject because it violates their terms and conditions, and more like 20 on the run up to Valentine’s Day.

I have literally no idea if they thought their tweet would actually stop people from doing this, or whether this is a clever marketing ploy… either way, I feel like they’re only going to receive more pics of genitals.