It has been an expensive week for Google, as The European Commission decided that Android has been used to cement its dominant position in search and announced a fine of €4.34bn. Yes, that is billion! Whilst that amount is actually affordable for the firm, as cash reserves are over $100bn, there is no doubt that the fine is massive and Google has already declared that it plans to appeal the ruling.

To be honest, I have some sympathy with Google on this one. Android is fantastic and it is free. It certainly is not free to develop and Google has invested untold sums in developing the platform. It has a business model that requires people to use Google services and you can understand why they encourage you to do so…  You can read Google’s statement on the issue here.

I was chatting to a friend about it and we agreed that it seems that you only get fined once you get big – maybe it has just taken a long time to get commission to look at it but it feels to me as though they are happy to let the bad practices run until they can extract more $ in a fine? If you don’t like monopolies, why not do more to prevent the monopoly developing in the first place? Cynical or an accurate appraisal?

The Verge has made a good point, comparing this case to the dark days of Microsoft’s antitrust battle. I doubt we have seen the last of this…

Image search is massive.  Hundreds of millions of people use image search every day and Google Images can be a very significant traffic driver for any website. Often overlooked, it is always worthwhile considering optimising images that you may publish in order to try to improve visibility for image searches.

Historically, it has been difficult to measure the role that Google Images plays in driving traffic to a website and I have seen all manner of workarounds over the years, most of which don’t work in all scenarios and involve some reasonably advanced code tweaking.

Well, good news arrived this week with the announcement that a new referrer URL will be used for all Google image traffic. You may well say “about bl##dy time”, but let’s just enjoy the fact that it is happening. Exactly when it is happening is less clear as there are no definitive timescales given.

Whereas image search is usually underestimated / ignored, it has been difficult to avoid the hype about voice search.

In an industry plagued with over-hyping, voice search has long been claimed to be the next big thing and there has been pressure to optimise for voice searches in order to prepare for the search revolution.

I have always been more hesitant to forecast this revolution. There is no doubt that voice searches are growing (very quickly) and it is very important in some scenarios (e.g. in a car, whilst driving and looking for something / somewhere), but I have never found myself wanting to chat away to my phone. I suspect that devices like Amazon’s Echo will help drive increased usage, but I am not convinced that we will all be ditching our keyboards too soon.

I have therefore really enjoyed reading a very balanced brace of blog posts from Econsultancy examining the state of voice search in 2018. You can read part one here and then enjoy part two here.

Apologies for a Google-heavy My Five this week but it seems to have dominated my online travels this week and all the news seems to involve the search behemoth.

There is no doubt that Google (and the internet in general) has transformed the way that we do things. It is staggering to consider the impact that it has made in just twenty years. My own children have never known a world without it and therefore take it for granted and have the best research tool ever devised at their finger tips at all times. I think that is why they are wiser than I am….

I really enjoyed reading Roland Hughes’ post this week considering what life was like before Google. Definitely worth a read and a chuckle as he looks at how research based job roles were performed pre-Google.

Massively off piste for my final MyFive this week, but I was saddened to wake up this morning to the news that Geoffrey Wellum has died.

Who is Geoffrey Wellum you may ask? He was the youngest pilot to serve in The Battle of Britain. I first became aware of him after reading ‘First Light‘ which is a superb book and thoroughly recommended to anyone with an interest in the Battle of Britain, or maybe just an interest in reading about the incredible spirit in war torn Britain. It is a really good read, full of incredible stories but all told with amazing humility. He would most definitely have been on my ‘who would you invite to a dinner party?’ list and is an inspirational character.

There are some lovely tributes to him building up on Twitter.

It seems especially poignant this week of all weeks. Not just with the various centenary celebrations of the RAF, but I was at a premiere screening on Tuesday of a new film called ‘Spitfire’ which featured quite a bit of Geoffrey Wellum. He opens the official trailer: 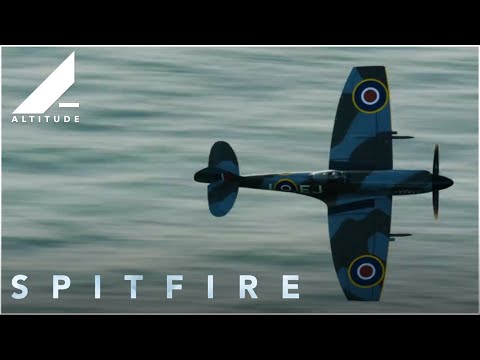 I can definitely recommend the film – it is an epic and will make you proud.

I really hope that Geoffrey got to see it before he died.