The World Cup is brilliant for many reasons, not least because it provides an endless source of excellent, original content. Stuff like this: 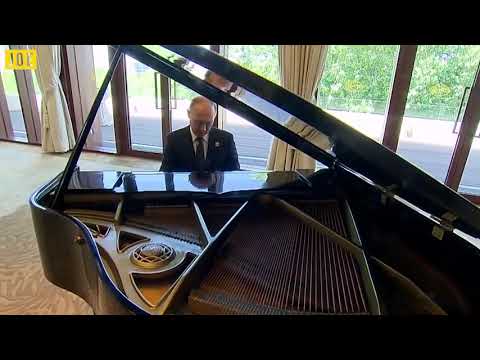 But for every good piece of content on the internet that exists, there’s a thousand poor imitations or outright rip-offs. Plagiarism is a massive problem across social media, but the fact it goes unpunished almost all of the time means the perpetrators continue to do it – as long as those sweet likes keep rolling in, who cares right? You don’t, however, expect such behaviour from the likes of Virgin Media, who were called out earlier this week for posting what appears to be a rip-off of @Coldwar_Steve’s England X1 image shown above.

The brand is playing ignorant but the similarities between the two posts (humour aside) are obvious and haven’t gone unnoticed.

Less surprisingly, The Sun’s been at it too – but the less said about that rag the better.

Instagram has been rolling out updates for fun in recent weeks, with IGTV and the “You’re All Caught Up” feature being the most obvious examples. In its most recent announcement, which revealed Instagram Stories now supports music, the company casually dropped in that Instagram Stories now has more than 400 million daily active users – more than 100 million more than it did last November. That’s impressive growth even by Facebook’s standards, and serves as further confirmation that Instagram is dominating the stories space. Snapchat, for comparison, is currently rocking around 191 million daily users.

I’m no space expert, but I do know a bit about Uranus. At least I do now, having seen it plastered all over the internet this week. For instance, Uranus is cold, Uranus is hostile, and Uranus spins at a jaunty angle. These unique characteristics have long puzzled scientists, but a new study by researchers at Durham University might explain why Uranus is so different to other planets in our solar system.

In short, a long time ago something massive – roughly twice the size of Earth – smashed into Uranus, causing it to tilt dramatically. This happened about 4 billion years ago, and while according to the researchers the impact was probably only “a glancing blow”, it was enough to change the direction of planet’s axis.

Uranus is amazing. You can read more about the research here.

A recently aired BBC Panorama documentary, ‘Smartphones: The Dark Side’, has revealed how social media companies are deliberately addicting users to their products for financial gain. This isn’t particularly surprising – stories about social media addicted teens are all too common – but it’s interesting to hear some of the quotes coming directly from the tech engineers behind the apps.

Former Mozilla and Jawbone employee Aza Raskin said, “It’s as if they’re taking behavioural cocaine and just sprinkling it all over your interface and that’s the thing that keeps you like coming back and back and back.” and “Behind every screen on your phone, there are generally like literally a thousand engineers that have worked on this thing to try to make it maximally addicting”.

In 2006 Aza Raskin himself invented the infinite scroll feature, which allows users to endlessly swipe down through content without clicking. The documentary points to this feature as one of the key driving factors behind social media addiction, as it keeps users on their phone for longer than necessary. Raskin said that he had not set out to fuel addiction, and that he felt guilty about it.

You can check out the story here.

And finally, a video has emerged of a crow saying ‘Y’alright love?’ in a thick Yorkshire accent. Happy Friday!

There’s a crow with a Yorkshire accent at Knaresborough Castle and it’s the best thing you’ll hear today. pic.twitter.com/7iH8rACtxO