This week’s My Five is by Rob.

This week, Google announced a number of its popular platforms will be undergoing reconstructive surgery to make advertising with Google easier.

The overall advertising structure will be divided into three brands: Google Ads, Google Marketing Platform and finally Google Ad Manager. The major rebrand will see advertising features such as search, display and location advertising all housed under one surface, which according to Google will act as a ‘front door for advertisers to buy on all Google surfaces’.

The latter changes are set to encompass DoubleClick and Analytics 360 under the Google Marketing Platform, and tools such as the DoubleClick Ad Exchange and DoubleClick for Publishers under the third brand, Google Ad Manager.

Amongst all these changes there appears to be one major benefit to all marketeers as the Marketing Platform will include an Integrations Centre, which will display all the ways users can connect the different Google platforms they are using.

Grow by Facebook is a new, high end print magazine aimed at ‘business leaders’, with a catchy, millennial slogan – “Grow your business, grow your network, grow your mind”.

According to Facebook, Grow is a marketing program designed to help ‘business leaders keep ahead by creating and curating insightful content and experiences’. However people view Grow, we can surely all agree on this being an odd move given Facebook’s digital foundations.

Not going to lie though, I fancy a read – mainly so I can look cool and relevant.

For the 2018 World Cup, McDonald’s has teamed up with media agency OMD Hong Kong to advertise their McDelivery to encourage orders to be placed during games, and they have turned to Google for a little help.

Google is using its real-time trigger to deliver McDonald’s adverts during key moments of games, as research suggests fans will become hungry before, during half time, after a game, as well as anytime a goal is scored. Alongside Google’s Real-Time Trigger, OMD Hong Kong is using a data management platform to gain insight into what items on the menu are likely to be wanted by the target audience.

This all sounds great and is making me hungry, but I doubt McDonald’s could receive my order and deliver it in a reasonable time. And how many drivers must they have to ensure the food is hot!? I have my doubts…

4. The king of burgers becomes the king of social media

Burger King has taken to social media to promote their new partnership with Budweiser. If you are yet to see it I am sure you can guess what’s coming.

Burger King and Budweiser went #totesbants to deliver some incredibly effective marketing, with the initial tweet alone having been retweeted over 40,000 times with over 60,000 likes.

The Twitter conversation, which was clearly planned out, is testament to what a successful marketing campaign can really do for a brand. The original TV advert first aired in 1999 during Monday Night Football. But nearly twenty years later ‘wassup’ is still enough to send thousands of people to respond accordingly, with a longer ‘wassup…’ 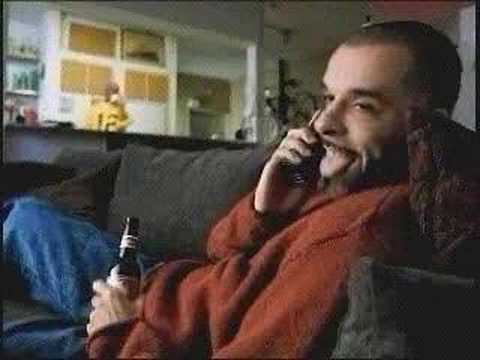 And now I am really hungry.

5. Making the most of love

UK Women’s fashion brand Missguided has seen a boost in sales revenue of 40% during evenings, and they owe it all to Love Island.

Set aside your opinion of the show, because there is some real marketing genius at work here: Missguided partnered with the ITV reality phenomenon in order to have their clothes and accessories worn by the female contestants. What’s more, viewers don’t even have to go to the effort of searching on the brand’s site or going in-store to find the items, they simple open the Love Island app, find the item they like, and make a purchase. Job done.