This week, the saucy devils over at Heinz decided that after 100 years, Salad Cream *might* be renamed ‘Sandwich Cream’.

The reason behind changing the name of this revolting condiment? They reckon that nobody plops it on salad anymore.

So, is Heinz actually going to change the name, or was this just a clever marketing ploy to get people talking about how they use salad cream?

Judging by this statement from Joel Hughes, UK sauces brand build lead at Kraft Heinz, I’m going with the latter.

“There are consumers now who haven’t grown up with the brand in the household and just don’t know about the iconic zingy flavour or what to eat it with.”

Gingers are apparently thrilled to finally be represented in emoji form, but they weren’t alone; the update also saw the addition of baldy, curly, and white-haired noggins.

The latest release also includes a severed leg, a badger, some bum wipe, and a gross foot. I mean, look at it.

3. Want to work with influencers? It’s gonna cost ya.

Influencers are not going to promote your product or service just because you think it’s the bee’s knees.

Depending on how influential they are, they may get hundreds, or even thousands of messages a day. So, if you won’t provide a sample, or what you do offer is completely irrelevant to their audience, or you won’t pay them, chances are, you’re going to be ignored.

This handy-dandy infographic provides a nice breakdown of influencer demographics, and what they expect in return for partnering with a brand.

4. Most popular memes make me feel…

This may come as a shock, but there are a whole heap of people in this world that are racist, sexist, and homophobic, and they love to hang out on this place called the Internet.

A recent study looked at millions of memes and how they were used on Twitter, Reddit, 4chan’s Politically Incorrect board /pol/, and Gab.

While no platform should be considered a ‘safe space’ there is still a very stark contrast between the most popular memes on Twitter, and 4chan’s /pol/, which has a ridiculously frog-heavy top 10 thanks to Pepe’s alt-right affiliation (poor Pepe).

You can mull over the full findings here, or check out the list of the most popular memes over on Quartz.

5. Thanks for bearing with me

Who in the heck spray paints a polar bear with a St. George’s cross?

@AnimalAid please help me put pressure on the vile people @paddypower who attacked a defenceless polar bear. Please share so we can expose them for the scum they are pic.twitter.com/KQ9KzaaIVT

Fans are livid. Is this wrong?https://t.co/jMomSplE2z

What a bunch of idiots @paddypower are. Cannot believe the irresponsibility of their polar bear ad. ? #Disgusting #PaddyPower #StopCrueltyToAnimals #AnimalCruelty #BoycottPaddyPower

HAHA! JK! LOLZORDS! You silly Internet idiots. Nobody actually spray painted an endangered animal, but Paddy Power pretended they did in their latest campaign ‘England ‘til I dye’, which was designed to draw attention to the plight of the polar bears living in the Russian Arctic. Also, if you didn’t know, the World Cup is in Russia, and you can place a bet on who will kick some goals in the football game.

It’s certainly a creative campaign, and if it genuinely helps to raise money for polar bears, I’m all for it. 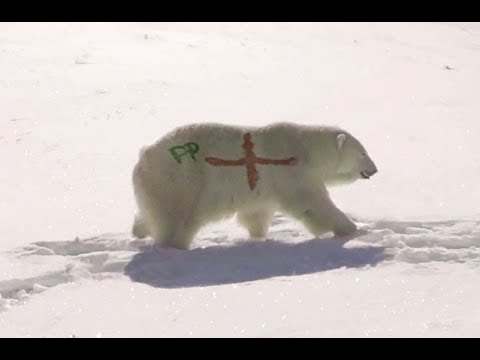