In what is probably one of the most well-covered-yet-understated publicity stunts ever, The Beano sent a cease and desist letter to Tory MP Jacob Rees-Mogg, requesting he stop copying iconic Dennis the Menace character, Walter Brown.

It’s come to our readers attention that @Jacob_Rees_Mogg has been masquerading as Beano character Walter Brown. A clear breach of our copyright. pic.twitter.com/voWQZ5VkPS

Twitter went mental for it, prompting Jacob the Softy to respond (and unfortunately make the stunt far less funny):

“I think they got the date wrong. I think they should have dated it April 1 rather than April 3. It’s a jolly good April fools.
It celebrates the 80th birthday of the Beano, which is a very jolly cartoonish comic for people giving lots of pleasure, harmless fun, and this is all part of that.
It’s all very jolly stuff and Aprilish.” – source

The story broke a couple of weeks ago that Cambridge Analytica had violated Facebook’s app policies by harvesting users’ private data without permission to eventually influence Trump’s 2016 election campaign.

This prompted the #DeleteFacebook hashtag, with some big names like SpaceX, Tesla, and… Playboy (yup) supporting the movement by removing their brand pages from the platform. This week, the Chief Technology Officer at Facebook, announced that users will see a link at the top of their news feed next Monday, which will take them to a new privacy tool telling them if their data was included in the breach.

Zuckerberg reckons that the movement’s not caused any “meaningful impact” on use of Facebook, but the launch of this tool on Monday could be enough to tip people over the edge.

Never mind Cambridge Analytica and their illegal use of data to manipulate voters all over the world, the real issue with Facebook’s data breach is that the resulting change in privacy policies lead to login errors on the Tinder app.

Tinder uses Facebook’s API. Users must log in with their Facebook account and grant the app permission to access information, but on Wednesday, those who tried to sign in were stuck in an infinite loop of error messages (the desktop version was unaffected). When the login issue was resolved, Tinder made a witty apology, and enjoyed some positive PR as a result.

And we’re back! Apologies for the inconvenience. We missed you too. ? pic.twitter.com/796L1gLsCv

Just as digital marketers are getting used to the idea of “Voice Search” and what it means for online content, researchers at MIT have only gone and created AlterEgo, a piece of wearable tech that interprets signals in the face and jaw associated with internal verbalisation… its electrodes can read your mind. 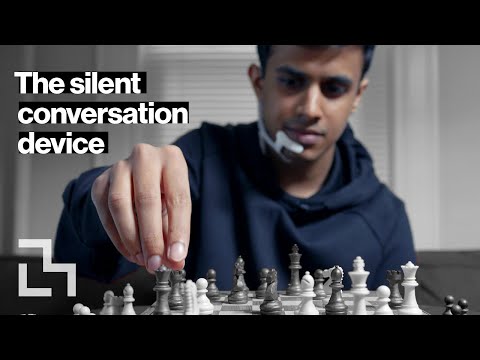 It’s also got bone-conducting earphones so that it can answer non-verbal questions and pass the answer into the user’s ears. Eventually, the team behind the technology hope this will let people “remain in the present”, rather than them having to stop mid-chat to fact check something on their smart devices. Are we witnessing the beginning of the end of the pub quiz?!

Fever-Tree, the fancy tonic water brand, has teamed with charity, Malaria No More UK this Spring, to raise funds in the fight to end Malaria – a marketing campaign with heart.

Why the connection? Well, quinine, the essential ingredient in tonic water, was once used as an antimalarial drug. History says that British colonials in India mixed it with gin because tonic on its own is actually horrid. G&T was deemed delicious, medicinal or not, and that’s why people drink it today.

Through Spring, 10p from every bottle of tonic water sporting the limited edition “metallic collar” bought will be donated to Malaria No More UK, but there’s a social media campaign too, oh yes. Fever-Tree are enjoying some sweet user generated content, donating a fiver for every “cheers” picture on Twitter and Instagram using the hashtag and mentioning the brand. Nice cause. Nice exposure.

Our great friends at @fevertreemixers are simply amazing! To help raise awareness of the fight against Malaria, they’ll be donating FIVE £’s for every post on Insta or Twitter with a ‘Cheers’ and a #malariamustdie hashtag! This is seriously generous stuff (and very easy to do!). Tag @fevertreemixers and @malarianomoreuk and be a part of the generation that beats Malaria. #pinkpepperlove #pinkpepperpeople #love

… as if you needed an excuse for a tipple this weekend!