Five things worth sharing from the last week or so, brought to you by a different member of the Browser Media team It is a bank holiday tomorrow, so I thought I would jump in early!

1. Kiwis on the attack

It has not been a good week for cricket. An embarrassing episode in which the Australian cricket team were caught blatantly cheating has not been great for the sport.

What has been great, is a brilliant example of an organisation seizing the moment and creating a great piece of marketing to capitalise on the news agenda. Cue applause for Air New Zealand, who posted a video on their Facebook page poking fun at Steve Smith (the now ex-Australian cricket captain).

The ‘Hey, Steve’ video has subsequently been removed (I can’t find any official explanation why?), but you can still watch it at here.

An excellent effort and it is a shame that it has been taken down. We should all aspire to create marketing that is intelligent and witty – I hope you agree that this ticks both boxes.

Starting this week, notifications have been sent out via Search Console that sites are being migrated and you are likely to see significantly increased crawl rates from the smartphone Googlebot.

Should you be worried about this? I hope not as I hope that you have been catering for mobile visitors to your site for some time. There is no secret that mobile usage is exploding and many sites see a lot more mobile traffic now than desktop. I certainly don’t think that anyone should be panicking as it is about how Google gathers content rather than how content is ranked.

As with all of Google’s announcements, it is now a time to evaluate any possible impact. Watch this space….

It is not only Australian cricket that would like to erase the memories of recent times. Facebook has been facing a tidal wave of hatred following Cambridge Analytics-gate. Close to £56bn has been wiped off Facebook’s market value since 16th March.

Not only has Mark Zuckerberg been on the defensive, the social media giant announced some changes to its privacy settings this week. In a nutshell, they have made it easier to find and control the privacy settings for its users.

They are clearly taking the whole thing very seriously (so they should!) and were also busy making announcements to their developer community that could have fairly far reaching implications for a lot of organisations and you should be nervous if you have a business that relies on access to their data.

I think it is safe to say that, irrespective of GDPR, 2018 is going to be the year of data privacy.

There has understandably been a lot of noise about the advent of GDPR in recent months. It heralds potentially the most significant change to how brands can use personal data in living memory.

There has consequently been a lot of scaremongering and panic, often fuelled by organisations who are trying to benefit from it financially (what, me – a sceptic?!).

I was therefore pleased to see a positive post over on the Econsultancy blog today that looks at the positive impact that GDPR may bring. It is definitely worth a read and quiet reflection. Maybe, just maybe, it is an entirely good thing after all?

I can’t believe that I am going to give Kim Kardashian any air time on the hallowed turf of the mighty Browser Media blog, but I couldn’t help laughing at the furore this week over the photoshopped (or not?) image that she shared this week.

You can see the offending photo and her robust defence at here. To be fair, her explanation does sort of make sense so maybe the online ridicule was unjustified?

What is certain is the fact that not every image you see online is real. Some of them are fake news. The Metro shared a good selection of photoshop fails, which is worth a read / laugh.

Personally, I draw the line at a lovely Instagram filter. Other than that, I think you should say it as it is, warts and all. Like my recent photo of my new tattoo: 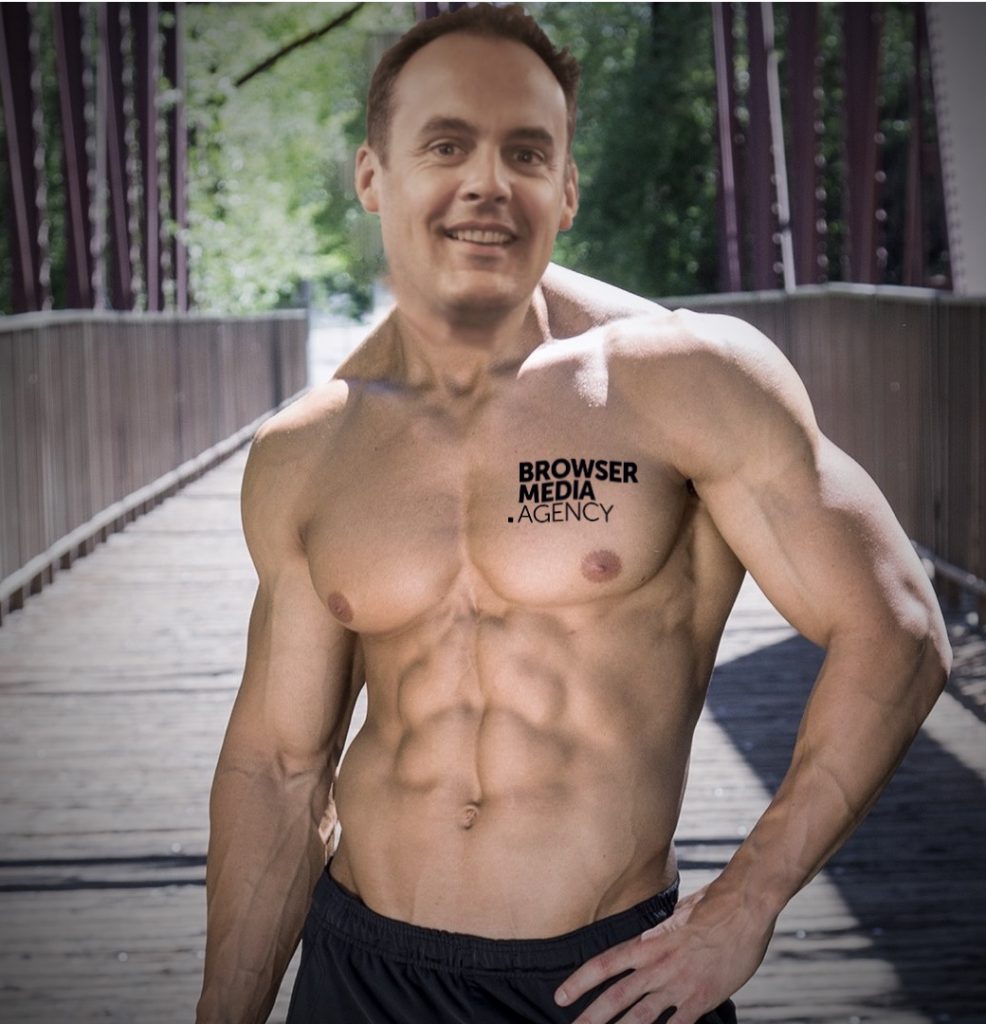 Have a fantastic Easter weekend everyone!