Last year, Google faced a tonne of criticism for spreading lies and fake news in its featured snippet results, such as “women are evil”,  “the food additive monosodium glutamate causes brain damage”, and former U.S. President Barack Obama was “planning a coup”.

Responding to the claims, the company is now updating its feature snippet system to ensure multiple viewpoints and opinions are offered. Matthew Gray, leader of the snippets team stated:

“There are often legitimate diverse perspectives offered by publishers, and we want to provide users visibility and access to those perspectives from multiple sources”.

Additionally, Google is also making it easier for users to flag concerns and give feedback about snippets. It’s hoped that the updates will prevent bad-egg publishers from gaming the system so that fake news and scandal is less likely to be the first source of information that users see in their search results.

2. Grumpy cat is in the money

Grumpy Cat — the pouty feline-come-social media sensation and star of countless memes that rose to online fame in 2012 — has recently been awarded $710,000 in a copyright and trademark infringement lawsuit.

The claws came out in court when Grenade Beverage, the company behind the Grumpy Cat Grumpuccino tried to go beyond the terms of its licence agreement in an attempt to sell other products branded with the cat’s face.

Grumpy Cat was not present for the final court verdict, but I think we can safely assume that he was like the cat that got the cream after coming into such a big windfall.

I spent a lot of my childhood (and too much of my adulthood) watching Disney films all about animals and creatures that could talk, so I was quite mesmerised when I saw this video titled “World’s first talking killer whale” doing the rounds this week. 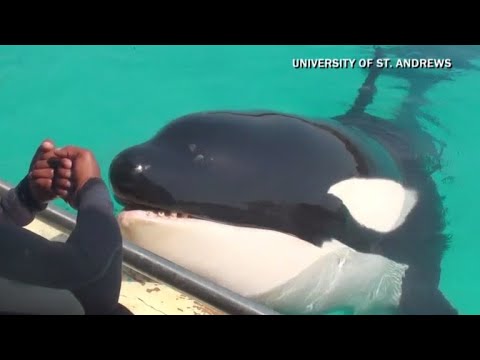 Of course, the video has provoked a fair share of backlash from animal rights activists about the cruelty of the whale’s captivity, but some slightly less serious reactions have been that whale might have been “speaking teenager”, “making fart noises”, or even, “speaking Welsh”.

As much as I like the idea of talking animals, I think I’ll just stick to watching clips of chatty animated sea creatures instead.

In her debut as a royal fiancée, Meghan Markle was asked to present at the Endeavour Fund Awards, which celebrate the achievements of wounded, injured and sick service personnel. Unfortunately, things didn’t quite go to plan. 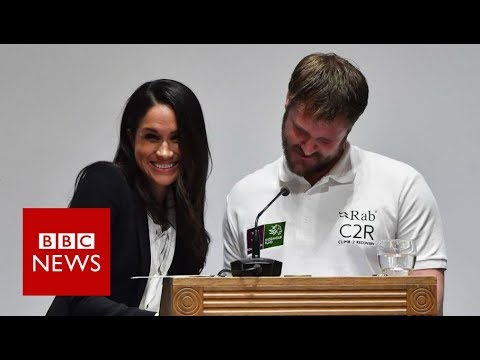 Matt Hancock, MP for West Suffolk, and the Secretary of State for Digital, Culture & Media, has prompted public mockery after becoming the first member of UK parliament to launch his own social media app.

NEWS: Today I’ve launched the Matt Hancock app to connect with my West Suffolk constituents. Follow the link to download it & see what’s going on in the Matt app https://t.co/UBH3DtQQhR pic.twitter.com/6FOLjdtPqb

Just hours after its launch, the app was swamped by trolls and jokers, who filled it with parody accounts in the name of Donald Trump, Theresa May and other well-known figures.

If that’s not bad enough, the app came under fire from privacy experts because, despite the MP’s responsibility for overseeing data protection laws in the UK, including handling the upcoming General Data Protection Regulation, his app is not so considerate about the data it wants from users.

I think it’s fair to say that there have been a few teething problems with the app, but its launch has perfectly coincided with a decline in Facebook usage. Coincidence? Or is the Matt Hancock app the new way to connect with friends?