1. Not just any Christmas advert

Marks & Spencer’s Christmas advert, Paddington Bear and the Christmas Visitor, has left the company in a situation sticker than a marmalade sandwich.

The 90-second ad tells a tale of the duffle coat-wearing bear stopping a burglar in his tracks from stealing all the presents on Christmas Eve. After forcing the bandit to return the gifts, Paddington solves everything with an offering of a sandwich and a hug.

But the “thank you” he gets back from actor, Mark Benton (around 1:05) has been heard by some viewers as a little bit unsavoury. Click below to hear for yourself…it might be worth popping your headphones in. 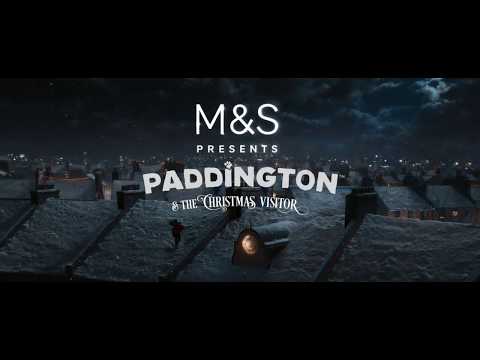 Australian broadband speeds lag well behind the rest of the developed world at just 1.1 megabits per second. A national project to improve this is currently underway, but engineering works have become stalled thanks to a bunch of pesky cockatoos that have decided to swap out their natural diet of fruit, nuts, and bark in favour for the delicious power cables.

This is costing the National Broadband Network (NBN) tens of thousands of dollars in repairs and in an article on the company’s website, co-project manager, Chedryian Bresland said: ” I guess that’s Australia for you; if the spiders and snakes don’t get you, the cockies will”.

Inventor, Richard Browning, henceforth referred to as The Rocket Man, has set a new world record as the fastest man ever to have flown in a jetpack, after his homemade wearable engine creation allowed him to reach speeds of just over 32mph above a local lake.

His suit is powered by six kerosene burners, and is therefore not likely to pass the necessary health and safety tests in time to become this year’s Christmas must-have device for the super-rich. Next year certainly looks promising, though, with Rocket Man stating he is delighted to have set the record, hungry to keep smashing it, and that “this is just the beginning”.

Noel Gallagher’s recent performance on Later with Jools Holland included a backup instrumentalist playing a pair of scissors. Yes, really. The move sent Twitter into a frenzy, showing that no one really understands what on earth this cutting-edge offering was all about. And of course his brother, Liam jumped straight on the opportunity to poke a little fun, too.

They might not have healed the rift *just yet*, but Noel? has given @liamgallagher some stationery inspiration for tonight…?? #R2InConcert pic.twitter.com/rkuhQszNE7

One thing that’s for sure, this scissor player takes the art of scissor playing seriously. Very seriously indeed. Things escalated further when Liam dropped this tweet like a hot potato, covered in salt. (Apparently, potato references a nickname he’s frequently given to Noel).

And, lo’ and behold, keep your eyes peeled because it only went and happened.

Andy Murray’s local butcher has paid homage to the arrival of the tennis star’s new daughter through the medium of meat craft.

Shop owner, John explains how he used link sausages and lorne sausages to make what he describes as ”a funny way to let people know about the baby”. Kind of creepy, right? But at least she’s not a brat(wurst)!